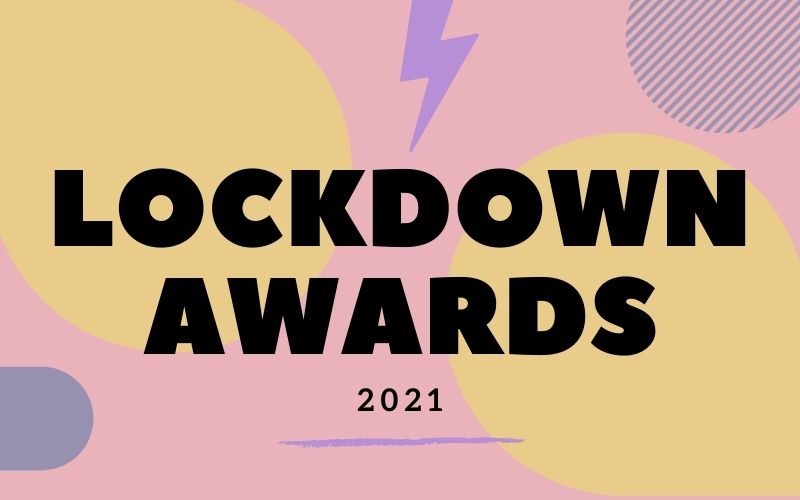 When we did our Lockdown Awards last summer, we had hoped that it wouldn’t become an annual tradition….fast forward to spring 2021 and here we are again. Last year there were a lot of unknowns around lockdown and the effects it would have on the hospitality industry, which resulted in bars, restaurants, suppliers and chefs coming up with innovative and creative ways to keep their businesses alive (AKA pivoting that dirty, dirty word ????). With lockdown 3.0 only starting to slowly lift now, the novelty has definitely disappeared (there’s certainly nothing new about a meal kit anymore) but businesses have continued to rise to the challenge and keep us all fed and watered.

Ahead of the planned re-opening of outdoor drinking and dining on 12th April, we wanted to shout out the best deliveries and takeaways from lockdown, and we really, really want this to be the last time we do it!

Not only did everyone’s fave chophouse Blacklock smash it with their meal kits, they also knocked it out of the park with their hot food delivery service. The menu features the best bits of Blacklock that can withstand a little travel, including extra thick lamb and pork chops, the Blacklock burger, pig’s head nuggets, and that white choc cheesecake, plus some new additions like quarter, half and whole chicken (a Blacklock first!), mac & four cheeses, Terry’s Chocolate Orange doughnuts and a Happy Endings negroni ice cream sandwich. They’ve got the branding and packaging on point so everything arrives looking good and still piping hot, and all the dishes taste just like they do in the restaurants – juicy chops, crispy chips and gravy so great you could bathe in it.

There are so many good burgers out there now that it’s hard for a newbie on the scene to stand out but that’s exactly what GROUND has done and for all the right reasons. The brainchild of Lily Bovey founder of STAKEhaus and The Ethical Butcher, these are climate-positive burgers that make use of The Ethical Butcher’s UK farmer network who all use regenerative agriculture methods, which increase biodiversity, improve soil health and allow CO2 to be naturally absorbed back into the environment. The GROUND patty is made from dry-aged, 100% pasture-fed beef from The Ethical Butcher’s farms, with all the other ingredients in the kit coming from companies that share the same sustainable ethos – the brioche bun is from Paul Rhodes in Greenwich, cheese from Lye Cross Farm, green chillies grown in Cornwall, and oven chips made from Pierre Koffmann potatoes – and all the packaging is compostable or recyclable.

Chick ‘n’ Sours founders Carl Clarke and David Wolanski got into the meal kit game relatively late but all that time spent perfecting the kits before letting them loose into the world was well worth it as they’ve really taken a lot of the hassle out of the preparation. The All In Kit includes all the hits – two The General or the K-Pop chicken sandwiches; four kung pao wings; four hot wings; four tenders with seaweed crack; watermelon salad with mint & chilli; green slaw; bang bang cucumbers; and kewpie, sriracha sour cream, and gochujang mayo house-made dips.They didn’t forget about the sours part either, bottling up the Chick ‘n’ Club #3 (with gin, creme de mure & raspberry shrub) and The Mexinese (with tequila, pandan leaf, ginger & lime) for a deluxe box option.

There are a fair few CBD coffee brands on the market but Silly Goose is the one we really rate. Their coffee contains 200mg CBD per bag or 10mg per pod, which helps to even out the spikes and crashes that can come with caffeine, so you can get all the benefits associated with regular doses of CBD whilst still enjoying your morning brew. Silly Goose also make sure their coffee is ethically sourced and sustainably farmed and their pods are 100% compostable too.

Lockdown boredom, life-changing redundancies and a love of dumplings led founders Jack and Amy to create Scrumplings, and boy are we glad they did because we bloody love a good dumpling. These DIY dumpling kits are made fresh every day and contain dough, fillings (like prawn & ginger, pork & garlic and aubergine & miso OR the LOTI co-lab crab & nduja), sauces and garnishes so you’re ready to roll, fill and fold. The dumplings are super easy and fun to make and they have vegan and gluten free versions to make sure nobody misses out.

This year’s katsu sando, burnt Basque cheesecakes have definitely had a bit of a moment on the London food scene. We reckon Lurra’s oozy version is the best of the bunch on delivery – they’ve been finessing their recipe for almost ten years now and you can tell. As well as including slices of it in their Lurra at Home boxes, they’re selling it either by the slice and or as a whole cake too because they know it’s just that good.

With pubs and bars banned from doing takeaway alcohol during this lockdown, our booze orders definitely went up. Oranj is a delivery platform that specialises in natural wines and sommelier-curated cases for delivery. They do single bottles or mixed cases, which are curated by a different industry insider every month and also include a specially commissioned print and a guest mix for you to whack on whilst you’re drinking. And you can get that on the regs with their two or five bottle; three, six or twelve month membership options.

Billy and Kayleigh Jarvis, the husband and wife team behind street food stall Calamari Canteen, also run Fin & Roe and during lockdown they started sending out DIY kits like the Spanish-themed seafood paella box and the Valentine’s Day brunch box with trout pastrami and fish sausages. They’ve taken a break from the kits and been posting some mega looking dishes on Instagram instead (king prawn satay burgers, tune koftas and creole fried fish collars, HELLO) because they’ve got a new Central London site opening in May.

Have Your Cake And Eat It | The Proof

Excessive home baking may have been big in the 2020 lockdown but this time around we just didn’t have the energy and we didn’t really have the need, not when delivery-only bakeries like The Proof exist. You can order up desserts like lemon meringue tart, sticky toffee pudding, flourless chocolate cake and vanilla bean cheesecake (which you can get in mini sizes in the selection box as well as big individual puds), and their signature Proofiteroles too – ready-filled choux buns with chocolate sauce, salted caramel, honeycomb and strawberries all on the side ready for you to assemble into a glorious dessert tower.

With travel off limits and a pretty bleak winter under lockdown, the only way we were able to get any holiday vibes at all was through food and Caribbean kitchen Juici Jerk did it best. As well as perfectly marinated jerk chicken, their DIY kit included rice & peas, plaintain, festival dough, coleslaw, mac & cheese and homemade sauces, allowing us to bring a little bit of island sunshine to our kitchen.

Another lockdown meant another round of furloughed chefs and cooks with time on their hands, which resulted in another wave of new food brands launching. Mystic Borek from Spasia Dinkovski was one of those brands. We discovered her when she was starting out last year but it’s been great to watch her grow from DM’d orders cooked in her home to a proper online shop and her own kitchen space. Inspired by her Macedonian roots, Mystic Borek does whole filo pies – seriously they’re enormous – filled with things like feta, roast cauliflower & pickled cucumber and potato, parmesan & creamed spinach.

Bottled cocktails are nothing new but the quality of batched drinks has definitely improved. East London-based Black Lines is bottling up some of the best bevs on the market by using quality ingredients and spirits from some of the best distilleries in the country, and by focusing on drinks they all actually like to drink, like the Spicy Tommy’s Margarita and the Elderflower Collins. They also worked with different illustrators to make sure the bottles look as good as the liquid inside tastes. Cheers to that.

It’s no surprise that deliveries boomed under lockdown – with restaurants closed for dine-in service, many who had never done any sort of takeaway food before jumped onto running deliveries in the hope of surviving – but we didn’t expect a new delivery platform to become so successful. Big Night, launched by The Laughing Heart’s Charlie Mellor in the spring of 2020, has established itself as a proper player in the delivery space thanks to its fairer approach; they charge less than half the commission that Deliveroo, Uber Eats and Just Eat do and they pay their riders the London Living Wage. They’ve got over 30 restaurants on board, including Darjeeling Express, Luca, Darby’s, Tacos Padre, The Begging Bowl, Sushi Tetsu, and Mangal 2, with more being added all the time. Big Night is defo taking on the big boys.

Most Likely to Stick Around | Willy’s Pies

After being furloughed in the first lockdown Will Lewis (who’s worked at the likes of Brat and St John Bread and wine) turned his hands to the humble pie, knocking out one meat, one veggie, one sweet and one treacle tart and delivering them by bike from his base in Leyton. Willy’s Pies has now exploded in popularity, going from an East London operation to covering the whole of the city with the pies for each week selling out within minutes of going live, and he’s even been eyeing up other kitchens and pop-up spaces including some of the old empty pie shops (we spied on Insta). Fingers crossed these pies are here to stay.

It felt like every man and his dog started doing sandwiches this lockdown but just because sarnies are simple it doesn’t mean there’s not an art to creating a good one. Tufnell Park spot Norman’s Cafe outdid everyone with their sausage, egg, hash brown, Red Leicester and HP sauce muffin. McDonald’s who?

Like we said, there’s an art to creating a great sandwich and it doesn’t involve rounding up the most expensive ingredients like caviar and edible gold leaf, sticking them between two slices of bread and charging 50 quid for the pleasure of eating the thing. Yes Mr Z we’re looking at you. Lockdown or not, this is one gimmick we’d like to see in room 101.