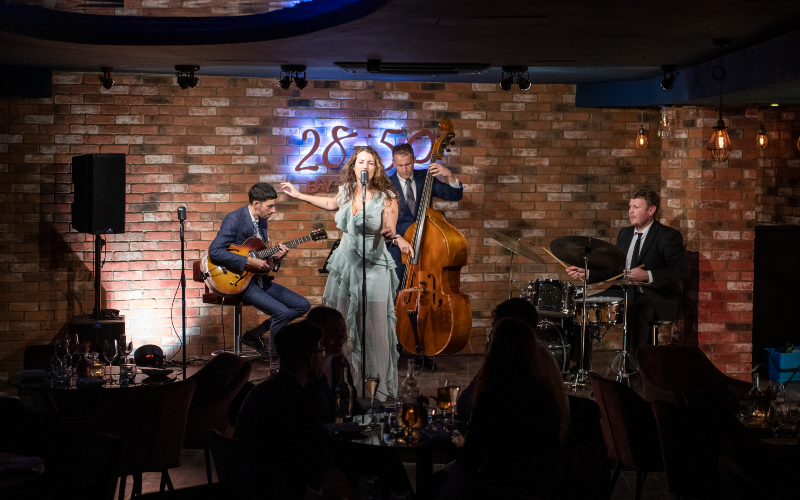 28º–50º are already big on London’s wine and dining scene but now they’re keeping the good times rolling by getting into the late-night music game with their venue 28º–50º by Night, located right next door to their Marylebone restaurant. Not only do you get the same top drawer food and wine as you would at 28º–50º, it gets served to a nightly soundtrack of live jazz, blues and soul music from a changing roster of musicians and resident bands – think NYC and New Orleans vibes right in the heart of London. And with a closing time of 2am from Tuesday to Saturday, it’s the perfect spot for all you night owls to party until late.

Executive Chef Julien Baris is cooking a modern European food menu, available until 1am, featuring cheese and charcuterie platters; oysters; monkfish with courgettes, tomato fondue, cockles & mussels; and a range of steaks. Of course, there’s a strong wine list to choose from, which also includes a Collector’s List of fine wines, alongside classics like Espresso Martinis and Old Fashioneds on the cocktail menu.

The split-level venue, with its exposed brick, cage lighting and marble and velvet furnishings, also has several private hire areas ranging from 6-8 people in The VIP Square right up to room for 60 in The Stage. So when you’re not ready to call it a night, head for 28º–50º by Night, because all the best fun happens after dark.