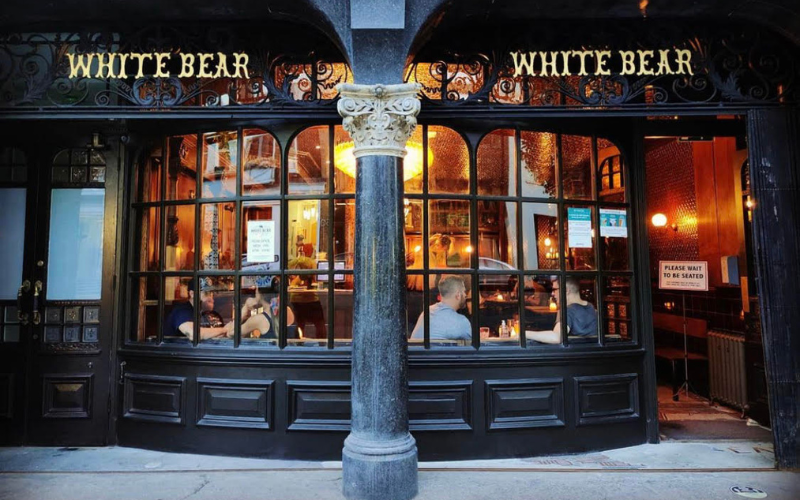 You’ve got a lot of choices when it comes to pubs in Clerkenwell and Farringdon, but that doesn’t mean we’re any less interested when a new one opens. Well, to be exact, The White Bear *re*opened recently, welcoming locals into the lovingly restored 18th-century space once again. Just up the road from Smithfield Market (soon-to-be the Museum of London), The White Bear feels just as historic as its surrounding area, but its food and drink offering is relatively contemporary. Alongside a classic selection of beers on tap, cocktails (including the much-buzzed-about negroni sbagliato) and wines there’s a food menu of small bites & charcuterie, Neapolitan street food and homemade sourdough pizza – the starter for which was supplied by their neighbour St John, in a very neighbourly way.