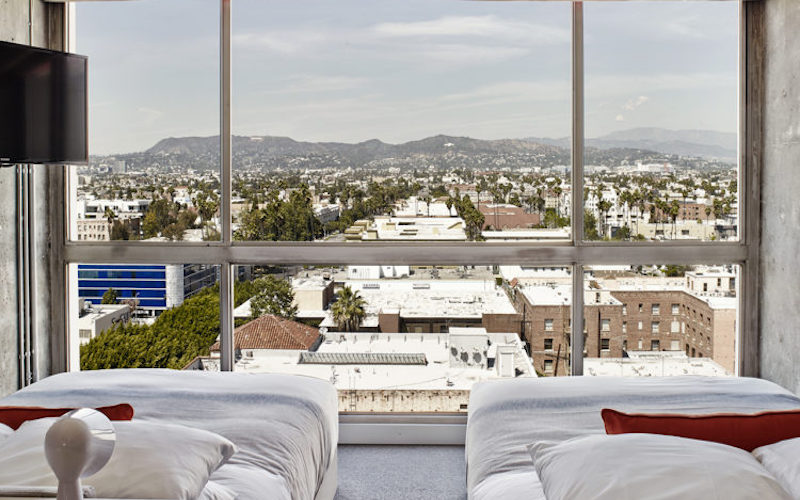 There’s a lot of hotels in LA but one of our faves is The Line located in Korea Town. Whilst that might seem like a random location it’s actually opposite the subway line which is super effecient and clean – hooray for not sitting on the freeway in traffic. There’s also some incredible Korean resturatn’s such as Park’s BBQ close by. The rooms all have floor to ceiling windows so feel massive even though they are pretty compact and minimal, albiet filled with the essentials and plenty of quirky touches. There’s a decent pool, The Commisionary, a super instagrammable greenhouse restaurant and a hidden club behind a vending machine. Be sure to ask for a view of the Hollywood Hills!