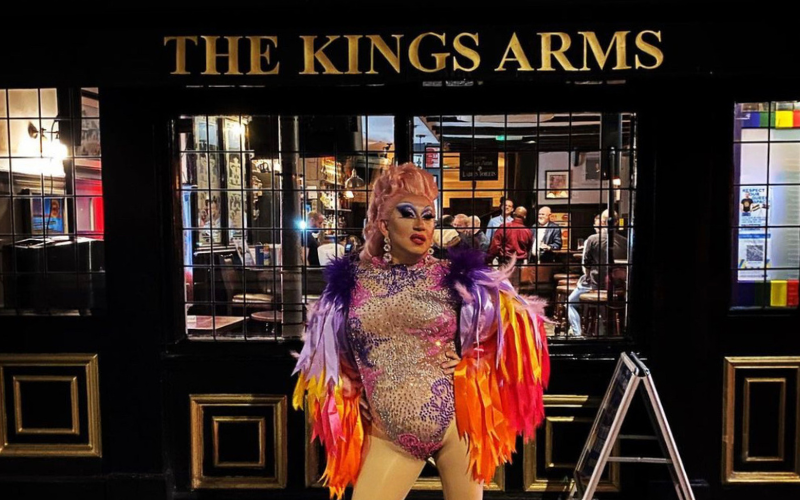 The Kings Arms is truly a part of LGBTQ+ history in Soho – they started off being known as a ‘gentlemen’s bar’ back in the 1970s and became officially recognised as a gay bar in 1981. They’re affectionately known as ‘London’s favourite bear bar’, and have been running their popular Bearaoke night for 20 years. As well as that, they have a midweekly quiz night, a range of cabaret shows, Dragaoke, LGBTQIA+ open-mic night, and at weekends there are guest and resident DJs playing disco, house and electro beats.