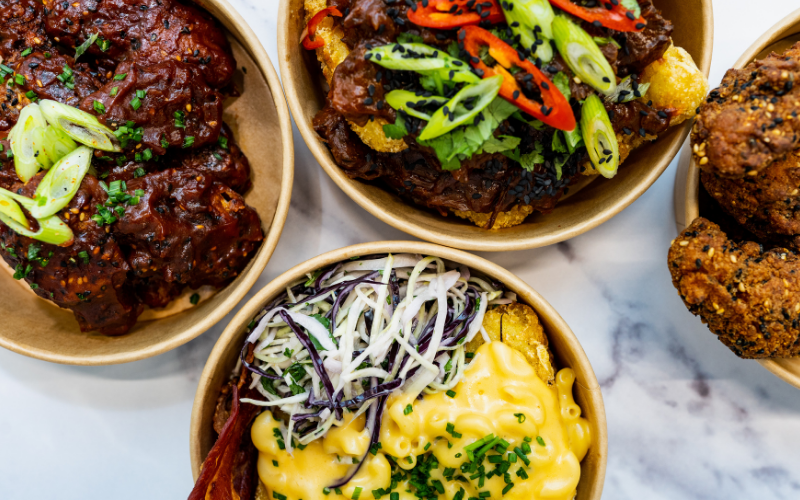 If you think hash browns are the best bit of a breakfast (or any meal for that matter) then you’ll wanna head down to The Hash Hut at Boxpark Croydon. Founded by chef James Sharp, previously of Michelin-starred Alchemilla where he created the concept, The Hash Hut takes hash browns from side dish to centre stage. The menu includes the likes of the Hash Hut Chip with roast garlic mayo; the Hatsu, hash browns topped with fried panko chicken thighs; Bangers and Hash; Raclette Hash; and Smoked Ancho Chlli Ragu. The best hash browns in the world? They might just be here.