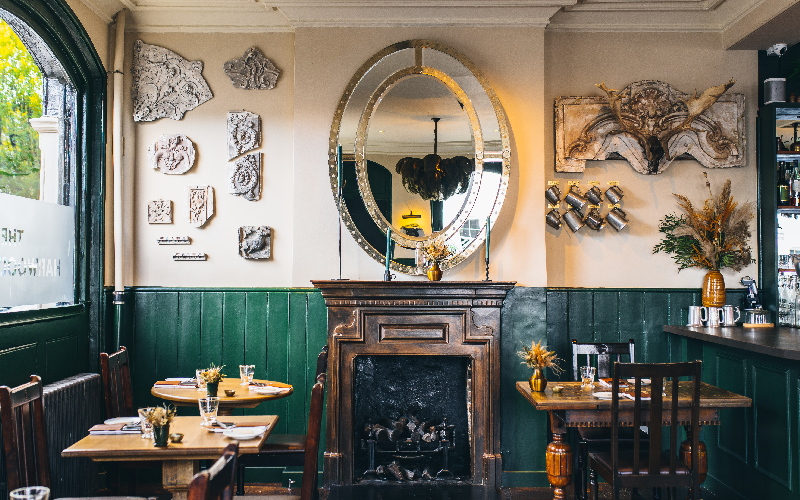 There are lots of good pubs in London, and lots that claim to bring a slice of the countryside to the city, but none do it quite like The Harwood Arms. The fact that it’s the only Michelin-starred pub in town tells you that it’s a cut above, not to mention it being awarded No. 1 Gastropub in the UK by Estrella Damm Top 50 Gastropubs in 2020 and being named Best Pub and Bar at The Cateys in the same year. Opened in 2009 by The Ledbury’s Brett Graham, restaurateur Mike Robinson, and Edwin Vaux of Vaux Brewery, The Harwood Arms has built its stellar reputation by championing the best of British, particularly game and wild food – it’s definitely not your average pub grub, with the likes of venison scotch egg, Hereford steak tartare, Berkswell cheese tart and Iberico pork with oats & baked carrot on the menu. The Harwood Arms has all the rustic touches of a country pub with the kind of polish that you’d expect from a place in Fulham. The team has really nailed the balance between neighbourhood pub and destination dining in terms of look and service, and of course the food.