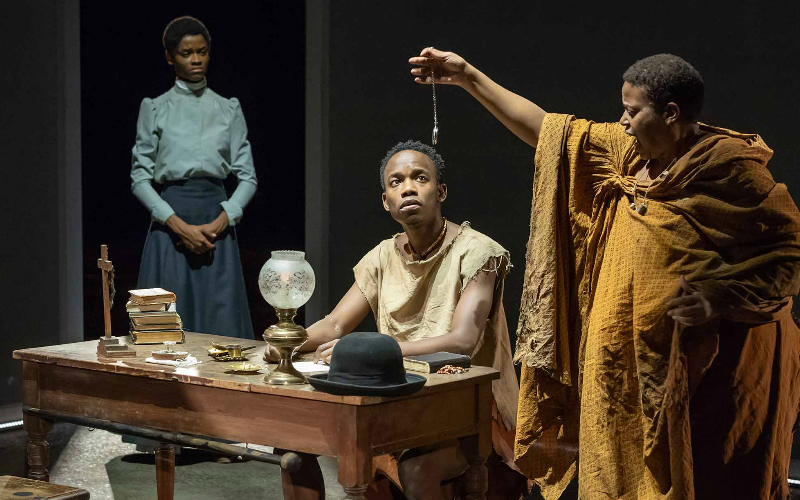 Black Panther’s Letitia Wright appears in her co-star Danai Gurira’s play The Convert, which explores the themes of identity and faith. Set in 19th century Zimbabwe, the piece tells the story of Jekesai, who finds herself working for Catholic priest Chilford after fleeing a forced marriage. He has the chance to convert her, but at what cost?