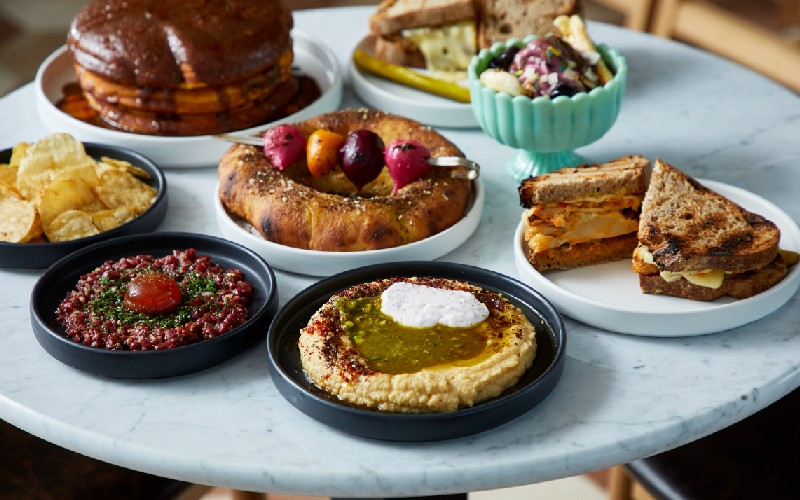 Sunday in Brooklyn, the cult fixture in New York’s dining scene and one of our favourite spots in the city is now across the pond here in Notting Hill. The Williamsburg fave, opened by founders Todd Enany, Adam Landsman, and chef Jaime Young in 2016, is known for its inventive spin on American staples, playful cocktails, an epic brunch menu including super ‘grammable pancakes, which come slathered in hazelnut maple praline and brown butter, and great atmosphere. It’s not only all about the pancakes, there’s lots of other epic menu choices including the grilled swordfish with charred broccoli, cherry tomatoes & butter beans and one of Sunday in Brooklyn’s famous burgers, the crispy chicken sandwich. You’ll not fail to notice some of their cocktails such as the ‘Honeybear on Holiday’, made with rum, sherry, apricot, pineapple, lime, cumin & honey. If you’re in Notting Hill it’s the place to be.