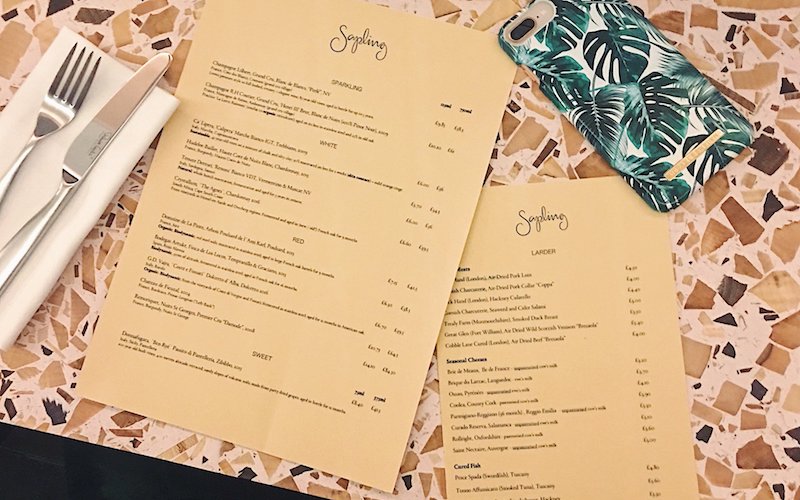 On the wine front at Sapling there’s a selection of biodynamic and low-intervention wines from small producers, including a number of ‘grower’ champagnes (those operating outside the dominance of the big houses) and other more unusual sparkling wines. There’s also 100 wines available by the bottle and via Coravin so you’ll be able to sample some pretty special wines without splurging on the whole bottle. In charge of the food is head chef Jon Beeharry, who’s done the rounds in the area having previously been at Bistrotheque and Market Cafe, and he’s made a menu to complement the wines rather than the other way around. Think Dexter beef tartar with egg yolk and Ossau Iraty cheese as well as the Middle White pork terrine with white grape and watercress.