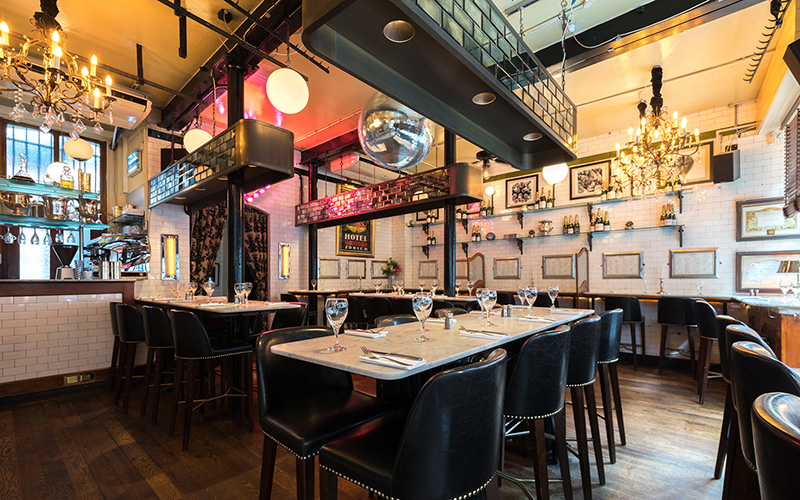 As restaurants and shops come and go in London, it’s nice to know there are some places that have stuck it out and stood the test of time. Randall & Aubin on Brewer Street is one of those places, a Soho institution that was originally founded as a butcher’s shop in 1908 and, since being converted in 1996, it has been one of the area’s most popular restaurants. It’s a classic and cosy space, with many of the original shop fittings on display, with just a touch of ‘Soho’ with a giant mirror ball that hangs from the ceiling. The menu is as classic as the space with a range of beautiful seafood and meats from the grill, it doesn’t get much better than the huge fruits de mer, laden with oysters, crab, shrimp and much more.