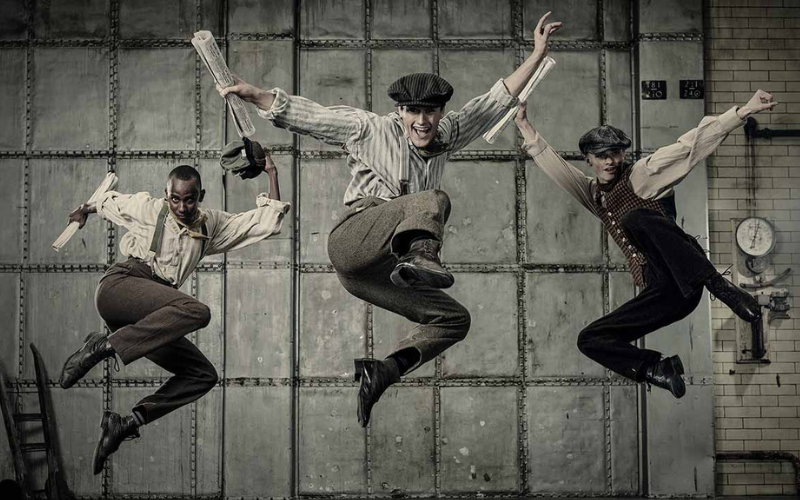 It was a hit on Broadway and now the Tony Award-winning musical Newsies is on stage in the UK with a run at Troubadour Wembley Park Theatre. Set in NYC in 1899, Newsies tells the story of a band of teenage newspaper sellers who go on strike in protest of wealthy publishing tycoons raising the prices of the papers. Jack Kelly (played by Michael Ahomka-Lindsay) leads the charge and falls in love with reporter Katherine Plumber (played by Bronté Barbé) along the way.