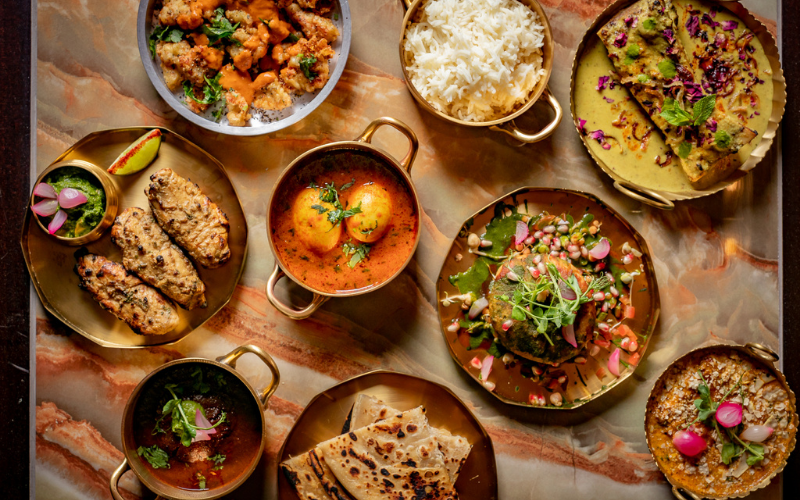 Michelin-starred chef Rohit Ghai, who also runs Kutir in Chelsea, has returned to his former stomping ground of Mayfair (having previously been Executive Chef at Jamavar and Bombay Bustle) for Manthan. It’s now a very sexy looking spot with a subtle ocean theme running throughout too and co-founder Abhi Sangwan has carried that theme through to the drinks list with a cocktail menu inspired by the seven oceans of the world and featuring fresh exotic fruits, botanicals and infusions. In the kitchen, Ghai unites his childhood experiences growing up in Madhya Pradesh with his knowledge of working in those high-end Indian restaurants to create a refined take on home-style cooking, resulting in dishes like ghati masala prawns, lamb osso buco curry, halloumi tikka, and garlic kheer.