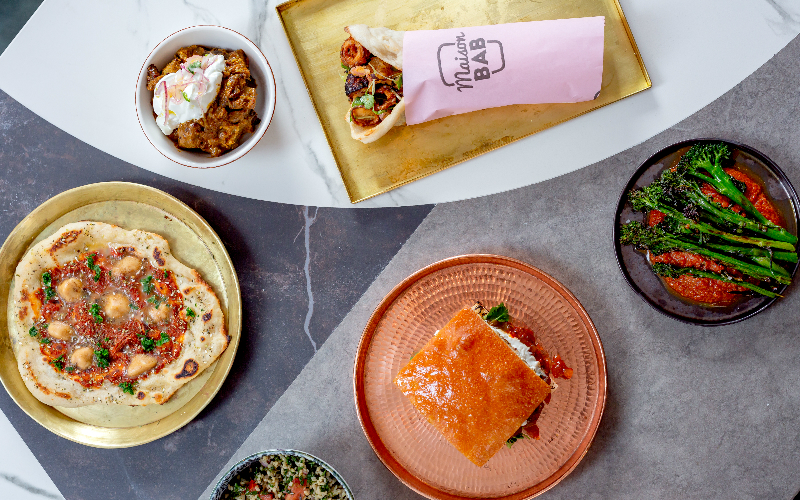 Stephen Tozer and Ed Brunet, the pair behind Soho’s Le Bab – which we are big fans of – have also opened sister site Maison Bab in Covent Garden. Whilst by no means massive, it’s a significantly bigger restaurant than the original and they’ve nailed the millennial interiors with pink neon, patterned tables, green banquettes and a very jazzy floor. If you’ve been to Le Bab you’ll be familiar with the menu, though it’s not a carbon copy of the Soho site. There are more rustic and bolder dishes on show here, like the doner beignets with both garlic and chilli sauces, meat butter naans and iskender fondue fries. There are new sandwiches on offer too but the kebabs are always the winners – we can never resist the pork shawarma, slow-cooked for 15 hours and served with chermoula mayo.