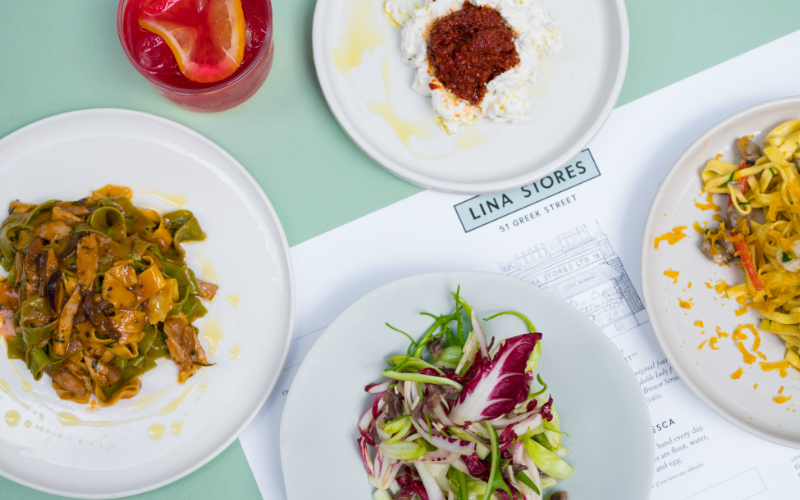 Lina Stores, which has been supplying Londoners with the best Italian ingredients for over 75 years, is a Soho institution, has a pasta restaurant on Greek Street just around the corner from the Brewer Street deli, as well as a site in Coal Drops Yard, King’s Cross. The restaurant has the same mint green exterior, with counter dining on the ground floor and tables in the basement. Pasta is the star of the show here – it’s all handmade daily in the deli, just like it has been since 1944, and head chef Masha Rener has created a menu that features Lina Stores classics as well as regional Italian specialities. The pici with porcini and Umbrian sausage is a standout with the gnocchi with new season peas and salted ricotta running it a close second though. Thankfully the portion sizes allow for you to try a few and, yes, you will be wanting all of them.