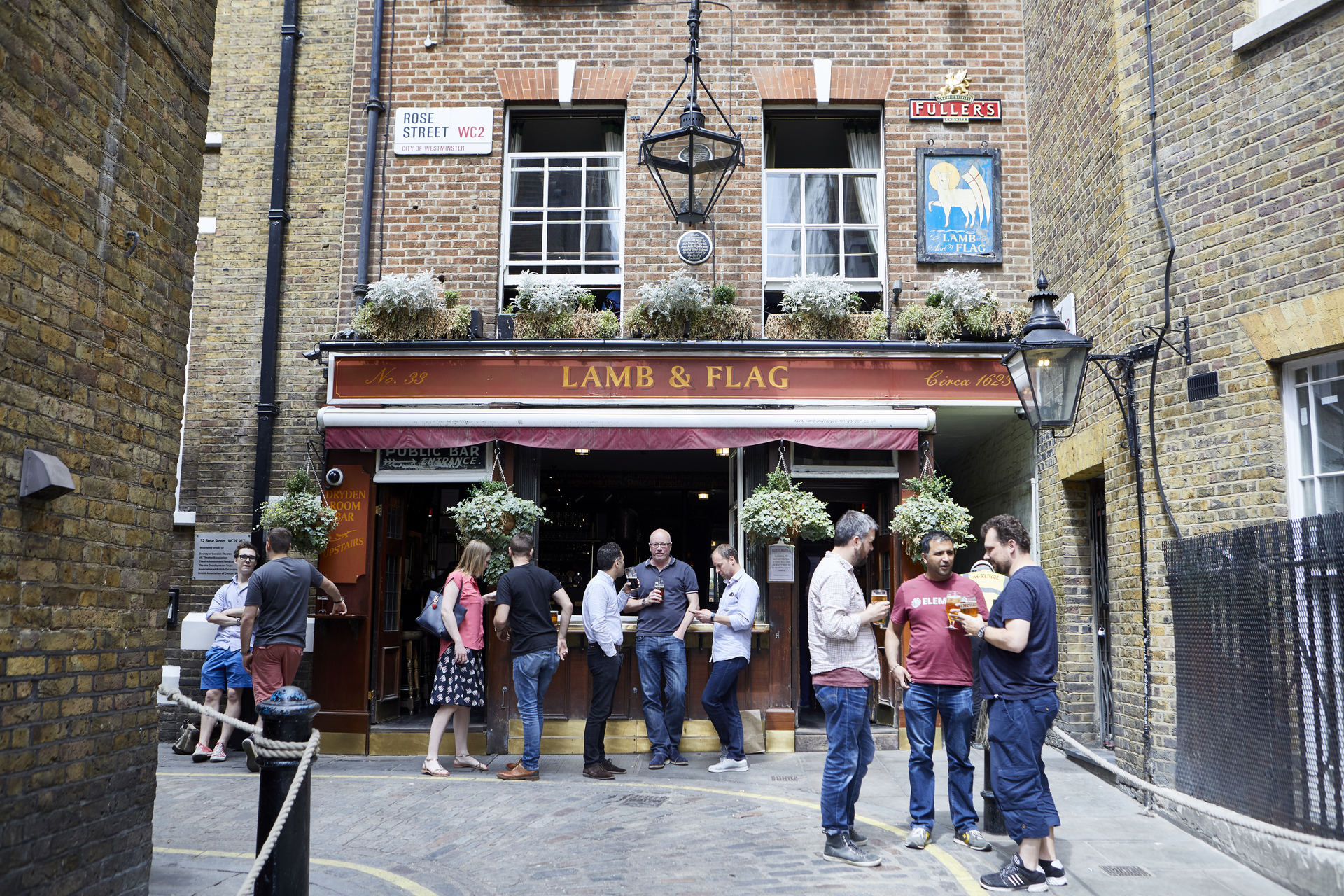 Another rare gem in Covent Garden, the Lamb and Flag is on a site that’s had a pub in one form or another since 1772. We love the tiny alley that runs down one side of the rickety old building, which is also charmingly rickety inside with its classic Victorian design. The pub is owned by Fuller’s now so their ales and beers feature prominently and there’s also a fairly standard menu of pub grub too.