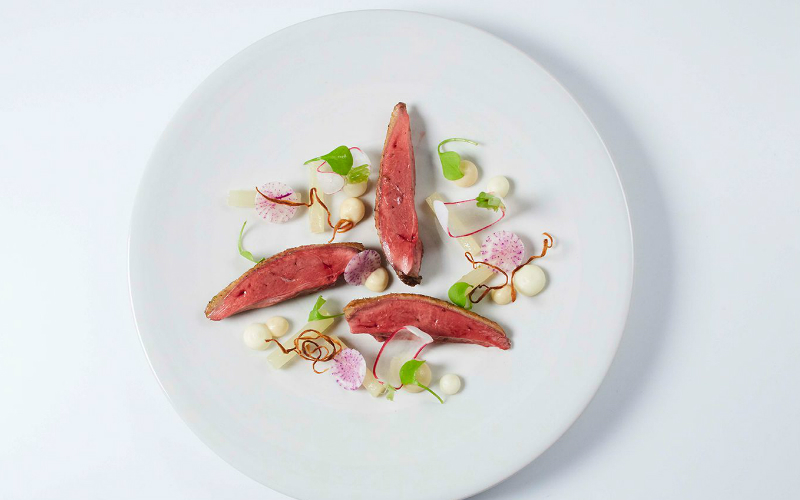 Anne-Sophie Pic has five Michelin-stars across three restaurants already to her name. Her London opening, La Dame de Pic, shares its name with her Paris restaurant and she couldn’t have picked a more stunning location for it; the newly opened Four Seasons Hotel at Trinity Square. The building used to the Port of London Authority back in the day and the whole place is very grand indeed. La Dame de Pic itself is no exception, with big windows, high ceilings, and glamorous art deco design touches. And now she has another two Michelin stars to her name with her London restaurant, which added a 2nd star with the 2020 guide. The food too is sophisticated and beautifully presented, mixing a classic French style with some more unusual ingredients and Japanese influences (Pic lived and worked in Japan for a while). We loved seeing British ingredients such as Cornish crab given a different treatment, served here with sobacha and dill panna cotta, Corsican clementine and discs of crunchy celeriac