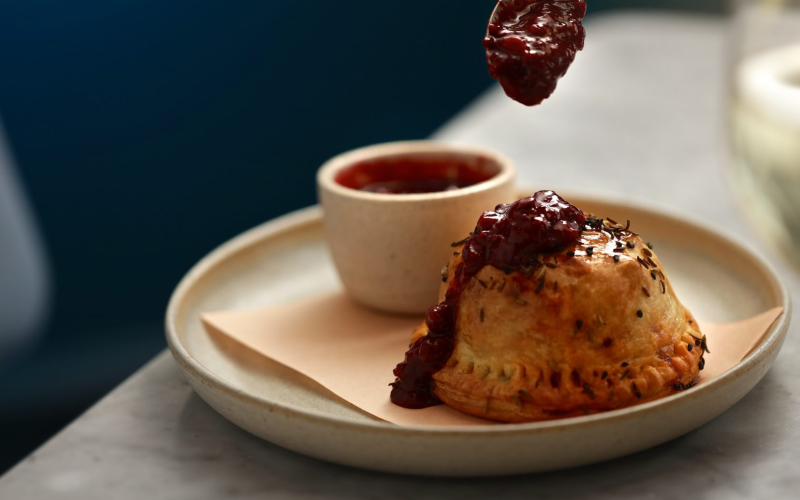 Atul Kochhar, who was the first Indian chef to receive a Michelin star, returned to the London restaurant scene with Kanishka. Doing things with a modern spin is the name of the game here – as soon as you’re inside the bold black, white and blue interior you know it’s not gonna be your average Indian restaurant. Kochhar has taken traditional regional recipes and updated them with his own twist, including the use of British ingredients, which results in dishes like the signature chicken tikka pie; Orkney scallops with wild nettle and corn; Lake District lamb rump with bootor dali and spiced kosha gravy; and New Forest venison steak with chanterelles and apricot & black sesame sauce, with classic Indian breads and dals available on the side. There are plenty of spice-infused cocktails on the drinks menu as well as an extensive whisky selection but the saffron and honey lassi is excellent if you’re off the sauce. Given that it’s in Mayfair, Kanishka doesn’t come cheap but there are two tasting menus – an eight-course one for £110 and a five-course one for £75 – that give you good bang for your buck.