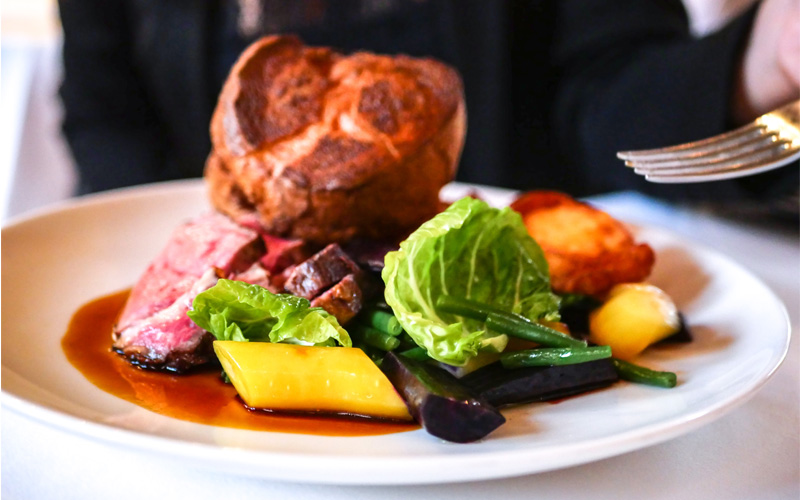 A three-course Sunday lunch inside a Grade II-listed building that sets you back just £42.50…that’s exactly what you get at Galvin La Chapelle. The restaurant holds a Michelin star, so you can expect things to be on the swanky side, except for the price that is. The delicate salt cod and lobster brandade, bisque and rouille is a must and the pavé of hake with grenobloise and crushed ratte potatoes is also worth a shout, not only for the crunchy lemon infused croutons but the mammoth portion of fish. The star of the show though is the Cumbrian sirloin of beef, served medium rare with roast potatoes, Yorkshire pudding and veg. It’s an old school roast more than it is a posh one so no need to worry that the portions won’t be on point. Make sure you get that Yorkie though – ours was forgotten and we were too engrossed in the food to notice until it was too late. Still, it’s a great roast and we’ll go back for that soon enough.