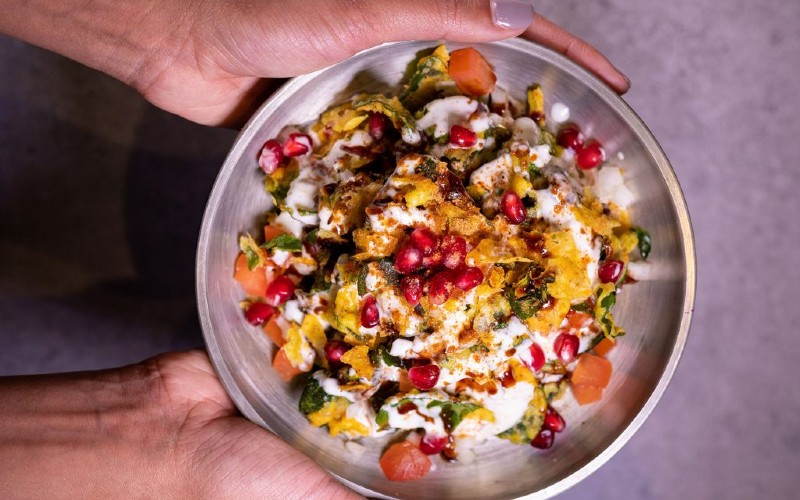 Whilst there are Indo-Chinese restaurants on the outskirts of London, this style of food is still not very well represented in Central, which is what Fatt Pundit is trying to change. The Soho spot specialises in the fusion food from Tangra in Kolkata, a result of Hakka Chinese immigration into the city from Canton. The fact that you start with momos, steamed dumplings that are commonplace in Tibet, Bhutan, Nepal and Northern India, lets you know you’re in for something a bit different at Fatt Pundit. The Chinese influence on the menu is clear. Chilli and Szechuan pepper features heavily and many of the dishes have sticky glazes rather than curry sauces, like the crispy Bombay chilli prawns and the excellent venison in a sweet chilli reduction, served with mantou bread (a Northern Chinese steamed bun). Instead of salt & pepper squid, there’s salt & pepper okra, and the moreish crackling spinach is similar to crispy seaweed, given an Indian twist with sweet yogurt, date & plum sauce and pomegranates. Don’t miss the lamb chops either – covered in a black bean and masala dust, charred on the outside and buttery soft on the inside. Cocktails continue down the same road; inspired by the traders in India who sell fresh cut fruit with spices and salts with some Chinese flavours thrown in. This is fusion done right.