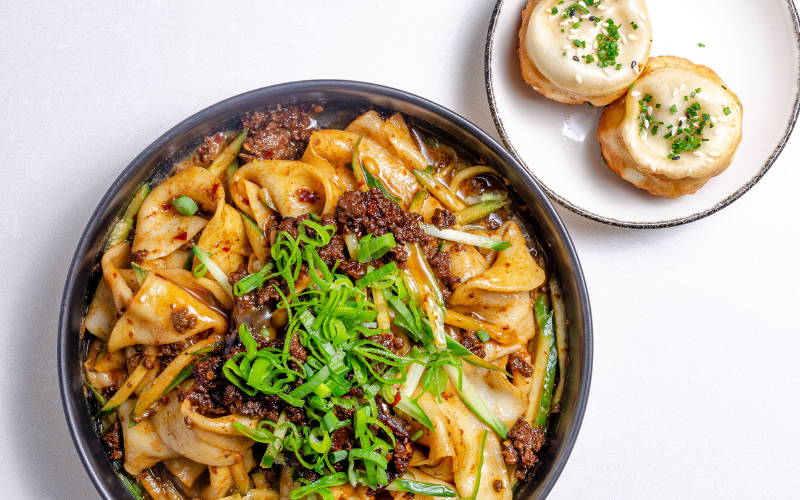 Dumpling Shack started out as a way to get dumplings on London’s street food scene map but thanks to spin-off concept Fen Noodles, its branching out into different elements of Chinese cuisine. The brand’s South Quay site still centres around their signature shengjianbao (pan-fried soup dumplings) but also has a rotating list of specials exclusive to the site. Some of the spesh dishes include the big plate beef noodles, with slow braised marbled short rib cooked in doubanjiang, stir-fried with potatoes and peppers on a bed of hand-pulled belt noodles; Mala honey fried chicken over Hong Kong French toast with a cream corn filling; and peanut butter mochi French toast served with condensed milk & golden syrup. If you already love them for their dumplings, you’ll want to head to South Quay to give these plates a try.