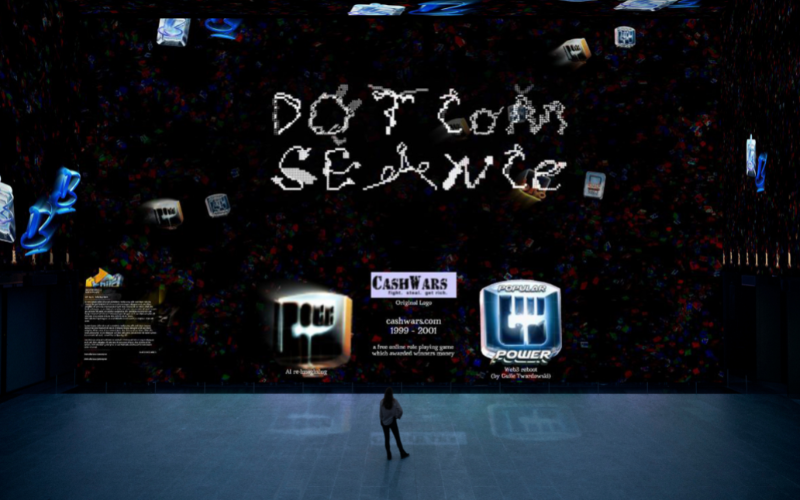 An immense public exhibition by Simon Denny, installed within the new entertainment district Outernet London, will explore the influence of technology on global culture and political development. Dotcom Séance will take 21 dotcom-era companies that were declared ‘dead’ after the crash of the early 2000s and resurrect them, and the resulting exhibition will be presented on the floor-to-ceiling, 360-degree 16K screens on the outside of The Now Building every Sunday. In bringing these companies back to life decades after they went bust, Denny wants to reevaluate their relevance in this hyper-modern era of Web3 and highlight the cyclical nature of businesses in the technology industry.