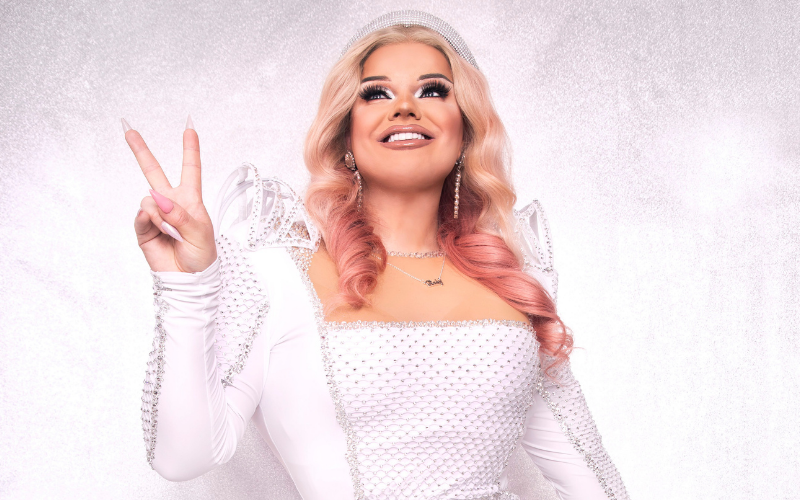 RuPaul’s Drag Race stars Kitty Scott-Claus and Jujubee are starring alongside Holly Stars and a full drag cast in comedy murder mystery Death Drop, which is back for another West End run. Set in 1991 at a party on Tuck Island, the whodunnit unfolds as each guest, including 80s pop star Shazza weather girl Summer Raines, reveals their questionable pasts.