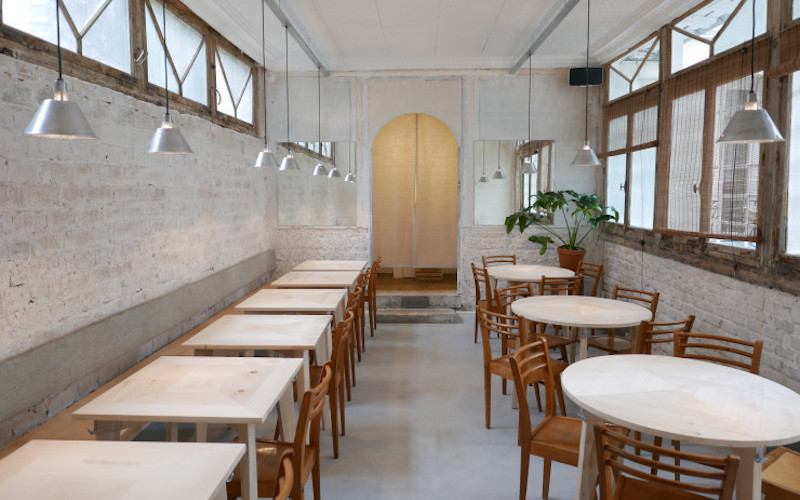 From the outside, Cheval D’or (Golden Horse) looks like an average Chinese takeaway, with the bright lit signage of its previous occupant left unchanged. Inside however, it’s all chic modern Paris, a buzzing dining room with bare concrete walls, kitchen counter seats and plain wooden tables dotted around the room. It’s one of Paris’ hottest new restaurants, bringing together the all-star team of Taku Sekine (Dersou) and Florent Ciccoli (Jones, Café du Coin). The food can loosely be described as modern Asian, with a few French influences thrown in for good measure. The pork noodles and pork rice are must orders, as well as the deep fried cinnamon bao buns for dessert. Counter seats are saved for walk-ins so if you don’t have a reservation, get there early to snag one of these!