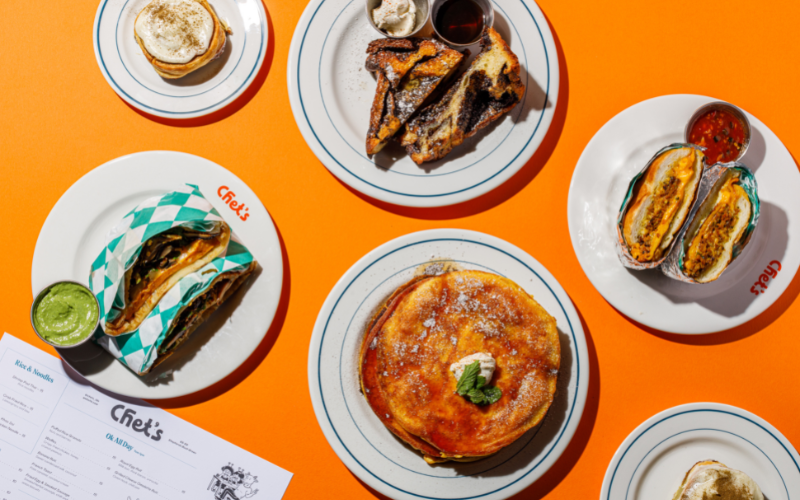 Following on from a successful four-month residency at Rondo la Cave in the basement of The Hoxton in Holborn, ‘LA Thai’ spot Chet’s has moved into another Hoxton (in Shepherd’s Bush), this time permanently. Created in collaboration with the creator of LA’s NIGHT+MARKET, Kris Yenbamroong, Chet’s blends Americana with Thai flavours. Kris’ unique brand has been inspired by his childhood spent working in his family restaurant, Talesai, which was the first mainstream Thai restaurant in LA, as well as his background in the arts. At Chet’s, this manifests itself as dishes like bodega sandwich with sai uah sausage, egg and cheese; pineapple rice; tuna melt with ruffles and pickles; Chet’s smashburger with American cheese, pickle, and thousand island sauce; firecracker lobster noodles; and bloomed tingling 5 spice onion. The cocktails, like the Holy Chet! (a holy basil and vermouth swizzle), and the Thai-ami Vice (a sharing cocktail served in Chet’s full moon bucket alongside a bottle of champagne), are just as punchy.