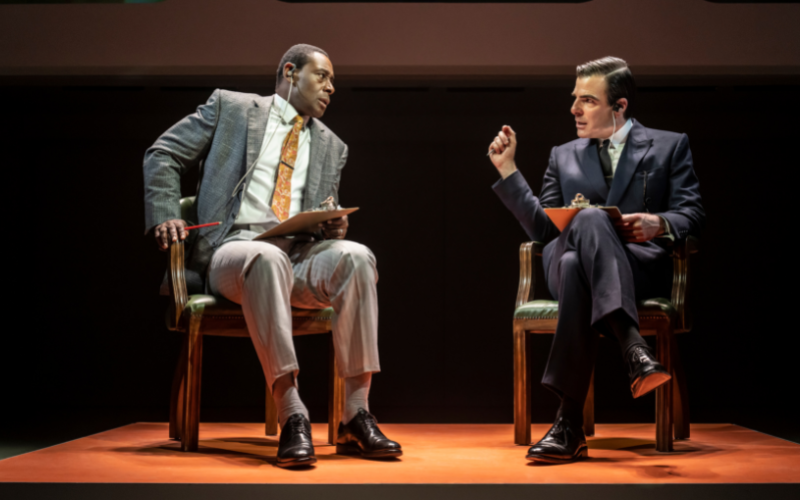 Zachary Quinto is making his West End debut opposite David Harewood in James Graham’s award-winning play Best of Enemies. After premiering at the Young Vic in 2021, it’s now on at the Noel Coward Theatre, with Quinto starring as the liberal Gore Vidal and Harewood playing the conservative William F. Buckley Jr, who, as a battle for the presidency rages in 1968, feud nightly in a new television format, changing the landscape of both American politics and TV news forever.