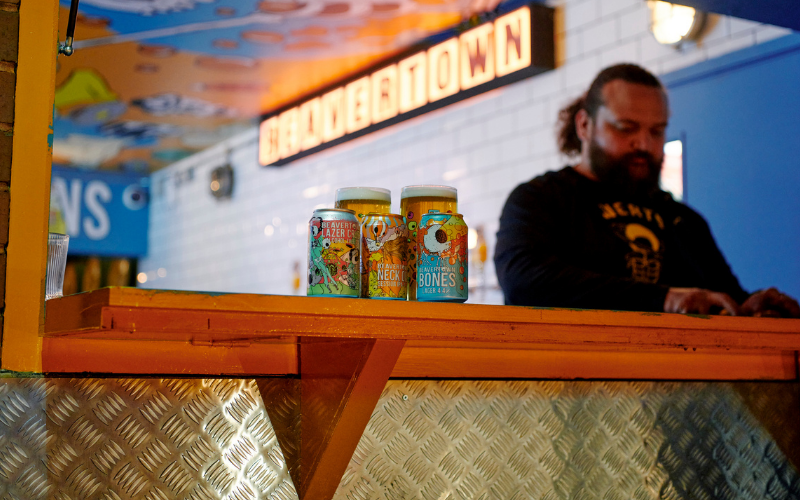 Beavertown and craft beer are pretty much synonymous – so much so that Beavertown is practically a household name. And with beers that are as distinctive as their branding, it’s no surprise they’re often the beer aficionado’s go-to. Neck Oil is almost as common as tap water these days, and that’s because it’s Tasty with a capital T. The brewery has Tottenham origins, so this is where you’ll have to go to visit the taproom, an essential stop on the Tottenham Beer Mile (which is good enough to rival the Bermondsey Beer Mile, if you’re asking). It’s got lots of indoor seating, an upstairs space with a full view of the brewery, a fully covered outside drinking area, and most importantly, eleven taps of the good stuff. Only open on Saturdays and Sundays.