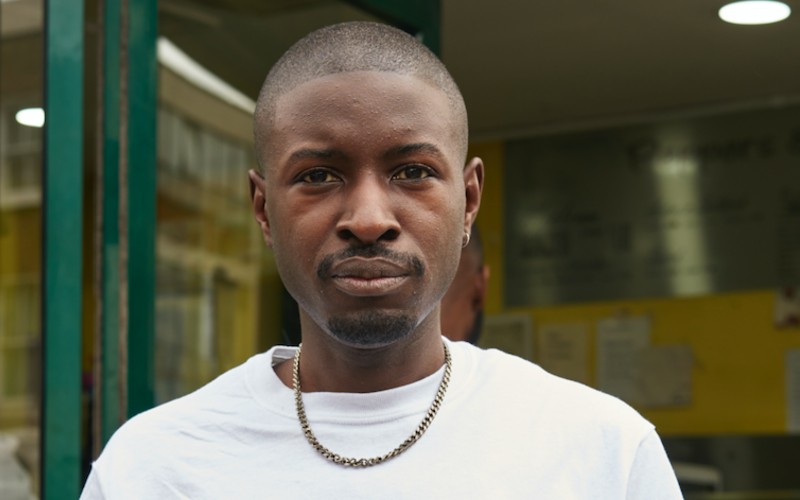 Next up in our Local Heroes series, where we big up the people, small businesses and neighbourhood spots that make London great, is writer, photographer and founder of Tezeta Press, Riaz Phillips. His two self-published projects, Belly Full and Community Comfort, celebrate Caribbean food culture and black and ethnic minority cooking in the UK, and in doing so they open a wider conversation about representation and diversity in food media in this country.

Riaz’s first book, 2016’s Belly Full, was initially inspired by his family. “Ever since I can remember my family placed an emphasis on the food of their heritage. They would cook it on Sundays and at special occasions and I always remember how much of a big deal it was. As I got a bit older realised the food of my family was completely alien to the wider UK. In book stores I noticed that whilst most other corners of the world were represented in some form the Caribbean offerings were really lacking. This was most baffling to me given I was very aware of what the Caribbean community has provided the UK over the last few centuries”, says Riaz.

As much as the book is about food, it’s also about the people that run these places and their role in their local communities. As Riaz says, “with regard to the food spaces, many of these places have been more than just places to eat for people in the Caribbean community they are almost local culturally hubs and the people behind them were local icons.”

Belly Full has just gone through a second edition, partly due to the success of the first print but also partly because the very existence of these places is under threat. As Riaz explains, “Seeing the rapid impacts of gentrification and how it was eroding a lot of Caribbean and other ethnic culture in the UK, I wanted to celebrate, document and archive this community before it was gone. Since publishing the first edition more than a handful have already gone so I was sadly proven right. The second edition plugs the gaps in the places that are gone, celebrating the diverse Caribbean heritage in the UK and also shining a light on some of the new generation too.”

His second project Community Comfort is an e-book containing 100 recipes from British cooks with migrant backgrounds, like Ravneet Gill, James Cochran and Ruby Tandoh as well as many less well-known faces like Yvonne Maxwell and Mary San Pablo. This was a project born in lockdown and inspired by a New York Times piece on community cookbooks in the US. “In lockdown, I noticed many people like myself were turning to their heritage comfort food for a number of reasons be it using the new found time to educate themselves on their own heritage or as a means of escapism. I thought it would be great to unite all these differing comfort foods and faces”, says Riaz. The book is also a way for Riaz and the people involved to help support the families of BAME Covid victims as money raised from sales is donated to the Majonzi Fund.

Much like how Belly Full is more than just a collection of places that serve Caribbean food, Community Comfort is more than just a collection of recipes, it’s a comment on the diversity (or lack thereof) of our food and media industries. “These foods and faces have historically been overlooked to differing degrees in the UK mainstream food and publishing scenes so I wanted to play a small role in displaying them to a wider audience” says Riaz. And from his view, there’s still a long way to go, “There seems to be a surface level change in the faces that are shown in media and but behind the scenes has there really been any change in the diversity of gatekeepers and power brokers? I can’t answer that because I’m not in those spaces but it seems evident that nothing can change until diversity across the board is more representative.”

Though Belly Full features places all over the country, there are some specific London spots that Riaz likes to hit up, “sometimes I feel like Trinidad food so I’ll go to a place like Roti Stop in Stoke Newington. Sometimes I don’t feel like meat so I’ll go to somewhere like Zionly Manna in Peckham and if I do I will go to a jerk place like JB’s in Peckham.”

And in terms of other small brands doing good things he reckons that “every physical independent business that can manage to sustain and thrive in London in 2020 is doing a really good thing to be honest!”