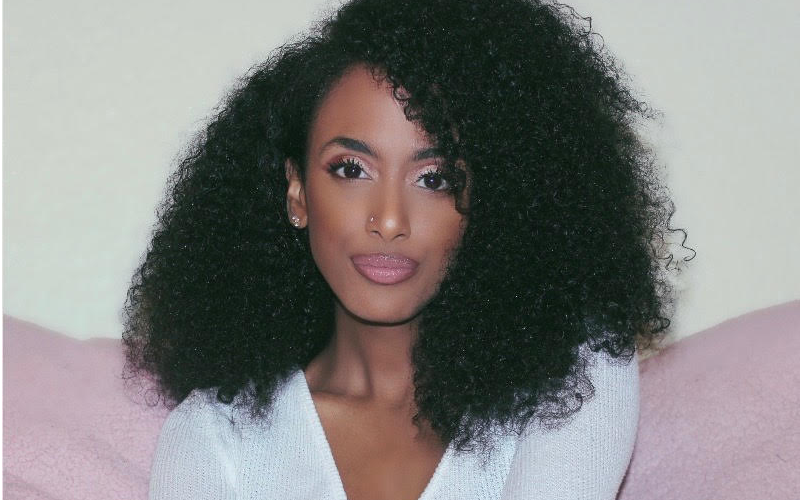 Local Heroes is a series where we big up the people, small businesses and neighbourhood spots that make London great, and next up is writer and publisher Magdalene Abraha. Now working at Jacaranda Books, Magdalene has been making waves in the publishing industry, having appeared on The Bookseller’s Rising Star list 2019, been awarded the LBF Trailblazer Award 2020 for her contribution to publishing, and been made a Fellow of the Royal Society of Arts in 2020 for her contribution to the media and literature sector.

Although she studied Politics, Philosophy and Economics at university, a literary-based job was probably always on the cards for Magdalene, as she says, “have always loved writing, so I was blogging from a really young age and then I finally got a job at a newspaper and it kind of continued on from there really.” That job at a newspaper was a column for the Independent after she graduated (making her one of the youngest columnists at the paper), and she still writes for various publications like The Economist, i, Stylist and The Guardian. “My entrance into publishing however was completely accidental, I was not familiar with the industry at all!” she says. “I always joke that I fell into it. In many ways, I guess it was my love of writing and reading that brought me into publishing.”

Her latest project at Jacaranda Books is the A Quick Ting On series, the first ever non-fiction series exploring and celebrating Black British culture. The eight books, which will be published from October 2021 to October 2022, cover topics as diverse as Afrobeats, plaintain, theatre, and hair. As Magdalene says, “many things inspired me to create the series but primarily my love for archiving history and contemporary conversations. The publishing industry has a major diversity deficit and often titles reflect this, so I felt it was really important that I provide a space for pertinent topics and conversations that I knew were being had all around me in book form – and there you have the genesis of A Quick Ting On.”

When it came to choosing the writers, Magdalene reached out to her friends and asked them to write on a topic they were passionate about. That process is, and the series in general, is “about demystifying what authorship looks like and challenging what the literary canon should look like. The reality is authorship and writing should never be limited to a certain group, the power to write or have your story told should not be an exclusive right for some.”

Last year Magdalene was named one of 10 trailblazing women changing the future by Elle Magazine who said she “couldn’t be more integral to raising the voices of Black writers in the UK and beyond”. Uplifting Black voices and experiences in a sustained way, beyond the issues that get coverage in the news cycle is something she is passionate about. The key is in “supporting those who create platforms that do just that. There are so many amazing outlets created by Black British people that provide just the space for that, places like Black Ballad and Gal-dem come to mind, but there are so many any others and the internet means that these stories have a deeper sense of longevity,” says Magdalene. And as well as those publications, Magdalene is also shouting out one of our fave indie bookshops, “I love New Beacon Books, it’s a Black owned bookshop in Stroud Green with such a rich and important history.”