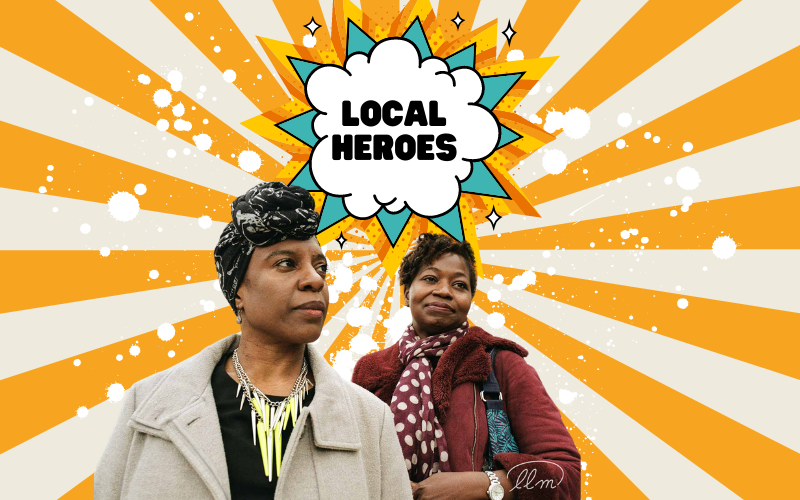 Next up in our Local Heroes series, where we big up the people, small businesses and neighbourhood spots that make London great is Lady Lane Market, the first female-led market in the city, which has run on Wentworth Street and now also pops up in other locations in East London. As the Lady Lane Market team explain, “it was created to empower and help more women, from all backgrounds, to trade on London’s street markets. The name Lady Lane Market was chosen to reflect the female community of the market and its provenance in Petticoat Lane Market.”

Lady Lane Market is all about providing a supportive and encouraging environment for women in an area that has typically been dominated by men. “In Tower Hamlets roughly 90% of market traders are men, and numbers of occupied market pitches have been declining in recent years. Recognising this, the council started a project to revitalise street markets and address this gender imbalance,” say the collective. “Most women expressing interest were from Black or Asian backgrounds. Many said they would not set up a market stall by themselves, but with support from other women they felt more confident.”

The market was launched in November 2019 as part of the regeneration programme for the Middlesex Street and Petticoat Lane Market area led by the council, starting with a leaflet drop amongst local residents asking if they’d be interested in trading. “This had limited success, so, with the help of housing association outreach teams, the council hosted a meeting to scope support that women would want to consider trading. Word then spread, and the number of women interested grew to roughly 100, of which 30 committed to attending business advice and social media training sessions,” explains the Lady Lane Market team.

And there’s even a dedicated foodie spin-off with Lady Lane Kitchen, “initial plans were in place for a cohort of ladies starting their own food businesses to begin trading with the wider Lady Lane Market traders. In the lead up to this getting started, there were some hurdles such as electricity on the market, a kitchen to trade from and some other delays,” says the collective. “The group started the Lady Lane catering company as a joint interim measure where they collectively catered for private events and children’s holiday programmes before the pandemic.” Most recently, Leila Dansie, who runs Caribbean concept Munchbreaks; Sophia Mohamed, who cooks food from the Levant & Southern Med with Aseel’s Kitchen; Syeda Hussain, who runs the Bangladeshi Dadu’s Kitchen; and Woin Tegegn of the vegan Ethiopic Kitchen, popped up at The Canvas Cafe.

And talking of The Canvas Cafe, that’s who the Lady Lane team want to shout out, “for being a beacon of light in the community and giving Lady Lane Kitchen this opportunity for their pop-up residency.”