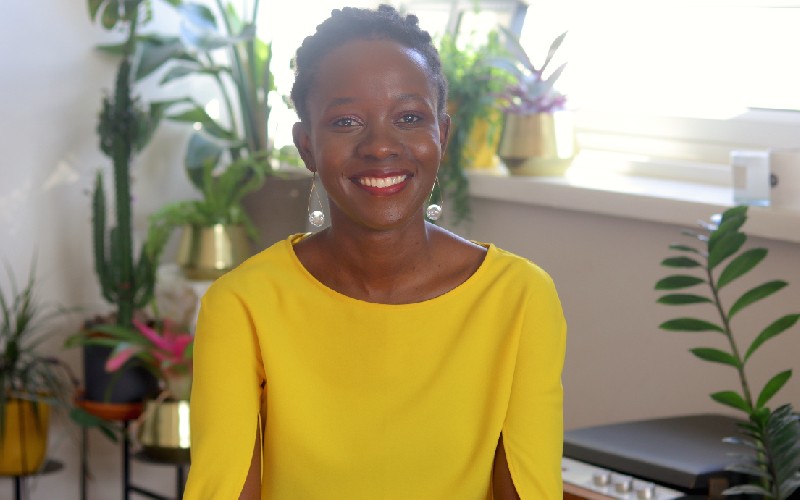 Janet’s List is next in our Local Heroes series, where we big up the people, small businesses and neighbourhood spots that make London great. Founded by former barrister Janet Oganah, Janet’s List is curated platform of independent brands run by black women and women of colour from the UK.

As well as making it easy for people to shop from these brands online, Janet’s List also hosts retail partnerships and pop-up stores so you can do it in person too.”I was frustrated by the fact that there were amazing independent brands by black women and women of colour in the UK that were not getting the visibility, support and mainstream presence that I felt they deserved,” says Janet. “At the same time, I felt that there were people who were intentional and purposeful about how they spent their hard-earned money and I wanted to make it as easy as possible for them to do so. I connected these two ideas and Janet’s List was born.”

The brands featured on the website span the lifestyle sector from haircare to jewellery to gifts as well as a men’s section. Without playing favourites, Janet does have some recent additions to the list that she’s loving right now. “Chosan do amazing baobab jams and spreads, my personal favourite is the ginger flavour. I use my leather pencil case from Vivula everyday and it gets better with age. These single drop earrings from LB Beads are a perfect pick me up when you need to look presentable for video calls,” she says. “Self-care has become all important, particularly during lockdown. I love Ksoni’s jivati body wash, which is what I imagine taking a shower in a rainforest feels like. I am enjoying using our Janet’s List washday therapy kit for curly and coily hair, Nylah’s leave in conditioner and the Superfood LX intelligence cream.”

Starting a retail business from scratch with no prior experience in the field is an achievement in and of itself but for Janet, taking the brand from online to real life has been particularly rewarding. “There will always be a special place in my heart for our first pop up concept store at the Purple Shop in Shoreditch. I was excited and petrified in equal measure and I can still vividly remember what it felt like to see our first ever retail customer come through the door at 11:05am!” she says. “In October 2019, we took our pop up concept store to Amsterdam which was a challenge I’d set for myself and the brand. It was a complex undertaking, we worked incredibly hard but we had so much fun and I have so many precious memories from that experience.”

Being founded in December 2017, Janet’s List pre-dates the “long overdue wave of interest in black-owned businesses” driven by the Black Lives Matter movement of 2020. A new level of awareness of these businesses is good but it’s not enough. As Janet explains, “ultimately the real shift needs to happen at a systemic level. The playing field is far from equal in circumstances where 0.02% of venture capital funding goes to black women in business. In America we have seen initiatives like the 15% pledge where major retailers have been called upon to create space for black owned businesses. There is a lot of work that needs to be done and everyone benefits from a more diverse business landscape.”

But for consumers, the easiest way to show support for businesses owned by black women and women of colour is to shop from them. “There are so many amazing businesses out there and resources such as our own to help people to do this,” says Janet. “In addition, leaving positive reviews if you like a product or a brand goes a long way, as does sharing and tagging brands on social media. Many of us work in corporate organisations and institutions and we can use our positions and influence to suggest or recommend independent black owned businesses that we love.”

In 2020, pre-lockdown, Janet’s List had curated the first ever virtual marketplace for the WOW Global Festival and had also had an installation inside Coco de Mer in Covent Garden.  More pop-ups were on the cards for 2021 but the pandemic has scuppered those plans for the time being, “we were supposed to be part of an amazing project at Somerset House and I was very much looking forward to having our pop up concept store there. I am hopeful that this will happen once we are on the other side of this; it is a really exciting event and I cannot wait,” says Janet.

For Janet personally, her post-lockdown agenda includes trips to her favourite London businesses like “Colour Riot to get my nails sorted…Ejiro Studio for a sugaring treatment….I’ll also pick up some plants from Jen’s Plants and Florists. Dark Sugars on Brick Lane does the most amazing chocolates and although you can order online, it is always lovely to pop into their shop.”