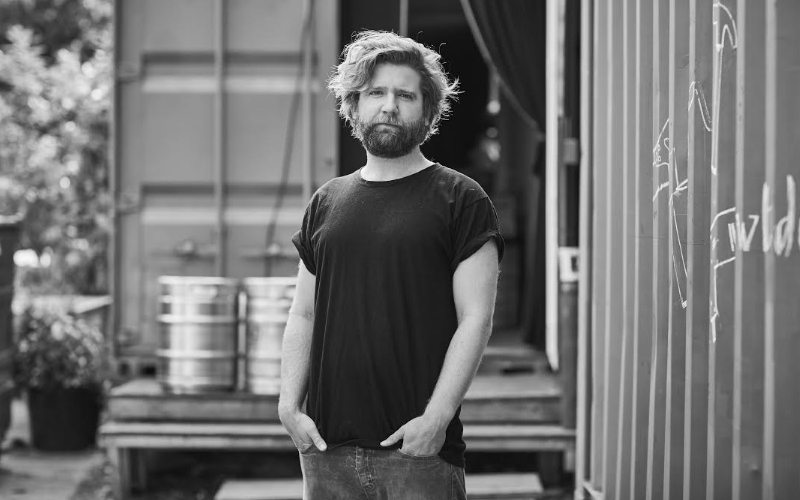 This week’s LDNER combines his role as food photographer and co-founder of Root + Bone magazine with co-running Dalston’s 40FT Brewery, built out of recycled shipping containers and housed in a repurposed car park, so he knows his food and he knows his drink. Meet Steve Ryan.

This August I will have been living in London six years. Five of those years have been here in Hackney and I can’t imagine living anywhere else in London. Like most Irish people living abroad, I like to know the names of the people that work at my local store plus, every walk to work needs to factor in a stop and a chat. The hardest part of being priced out of London Fields was telling Sahan and Eddie at our local Costcutter that I was moving. When we started brewing in our kitchen on Greenwood Road, they were our sample group and first client when we opened our commercial brewery, 40 FT.

What inspired you to start your own brewery?

I lived in a shared house on Greenwood Road with a few friends, two of which are brothers, Andreas and Fredrik. They took a home brewing course at London Fields Brewery, and subsequently bought a DIY brew kit. We started making beer every Wednesday after work in our kitchen. We bought bottles of Brooklyn Lager from Costcutters because a) it’s important to drink beer when home brewing and b) they were the easiest bottles to get the labels off and clean for our own beer. We started out making American Pale Ales with the main goal of having a fridge full of our own beer for when we, or our visitors were thirsty. 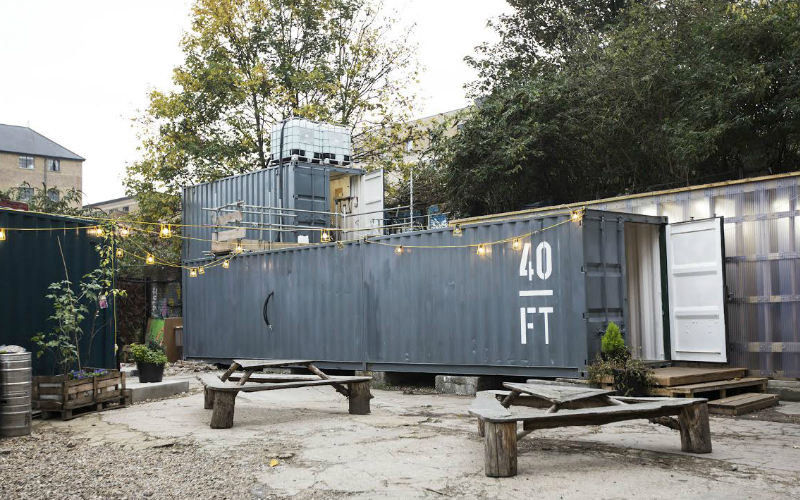 Becoming more that kitchen chemists happened by circumstance. Andreas and I are photographers and share a studio space in a co-working space by Dalston Junction. In 2014, our landlords Bootstrap, decided to repurpose the car park at the rear of the building and Hackney Council supported this as a way to reduce overall car usage in the area. The idea was to make a start up yard called Bootyard where small-scale producers could have a space to create their wares. We often talked about how cool it would be to be able to drink our own beer in our local pub and friends encouraged us to give it a try. As an experiment, we decided to make a limited edition brew and through this process, met head brewer of Truman’s, Ben Ott. Ben is originally from Cologne, Germany, and also gave us tips with our home brewing. One night at the pub, we asked him what he thought of a shipping container brewery. Could it work? Potentially. We made some sketches, talked numbers and realised that if it’s worth doing it’s worth doing right. It couldn’t just be a Wednesday evening venture with pasta and Seinfeld. What started out as a fun idea was now a little more serious. A German, two Swedes and an Irishman now had the makings of a brewery.

How do you decide what flavours to use and what brews to create?

In homage to the Greenwood Brewery, aka our kitchen, we decided to start with an American Pale Ale. With Ben on board, we could go from making good beer to great beer. We enjoy hops as much as the next thirsty beer enthusiast but felt that a lot of pale ales out there were just a punch in the face of hops, unbalanced and with a high ABV that lead to you embarrassing yourself when in rounds with lager drinking friends. We wanted to brew a balanced Pale Ale with enough hops to give a fruity aroma, full mouth feel and an ABV to make it a sessionable beer. We decided to launch the brewery with two core beers, the second of which was Larger. It is an unfiltered Kölsch style beer from Cologne, Ben’s home town. Traditionally a Kölsch needs to be brewed within sight of the Cologne cathedral and our 40 foot shipping container in a repurposed car park in Dalston doesn’t qualify. Larger is not a misspelling. It’s larger than a lager, both in flavour and character. 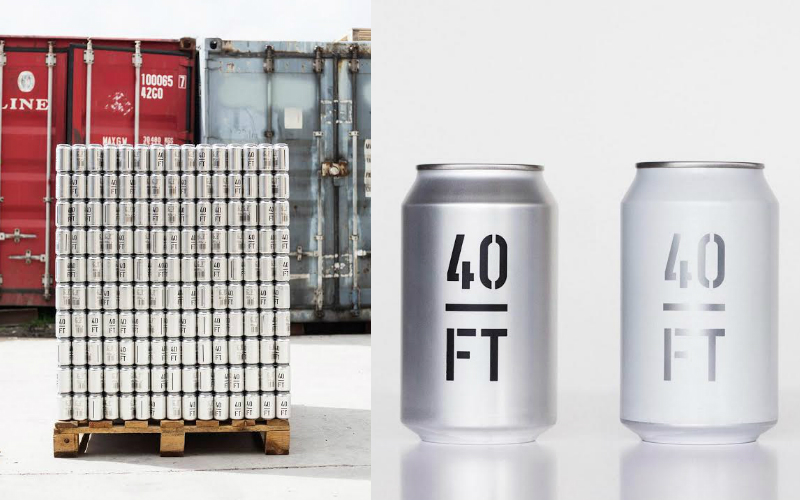 These two beers have been available in keg and cans since our inception in May 2015 and since then we’ve released two seasonal beers. Deep, our Irish Stout that was brewed over winter and Street Weiss, our wheat beer, which we’ve just launched for this summer. We have a small home brew kit in the brewery now, which we call the 40 inch brewery. Every month we brew small test beers on this that we sell through our tap room, which is open to the public on weekends from 5pm-11pm. It’s a great way to test out new beers and get immediate feedback from our customers.

Where are your fave places in London for a pint?

There are just too many. England has great pubs. They are among the best in the world. London has some greats but they are harder to find these days. Everyone needs their local pub and for me it’s the 3 Compasses and The Scolt Head. A local pub should be an extension of your living room, where you know the staff and your as regular as an episode of The Simpsons on Sky One. If I’m looking to take my mouth on a little adventure and try out new local beers or ones from further afield then I’ll visit the Cock Tavern on Mare St, The Fox in Haggerston, The Jolly Butchers in Stoke Newington or The Earl of Essex in Islington. These are great pubs for trying something new as they always rotate their taps.

A good pint of Guinness is like a glass of milk, and if that’s on the cards then there are different decisions to made. A great pub and great pint of Guinness are not always found together in this city and so for me the list is few; The Scolt Head, The Spurstowe Arms, The Kingsland Inn, the Elderfield and The Old Shillelagh are my go-to’s for this in Hackney. If I find myself outside of Hackney and in Soho, it’s the French House, Toucan or the Newman Arms. If I’m in West London, it’s The Cow. 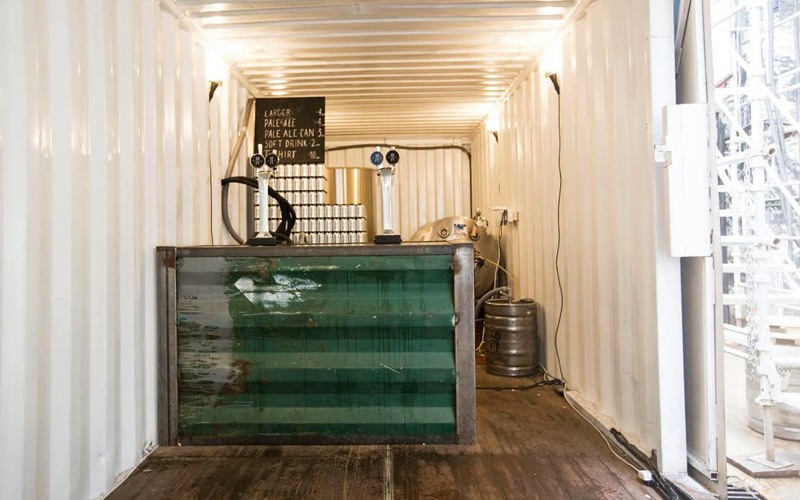 I’m a simple man and a perfect day for me involves good food, good drink and great company. Let’s call it a Saturday, as perfect days are always Saturdays, and it’s definitely in my top seven days of the week. It would start with sleeping in and getting up at an acceptable hour of double digits. Let’s say 10:30am where I’d have my first breakfast: a fried egg on Dusty Knuckle’s potato sourdough toast with a cup of tea in the company of my girlfriend. After a stroll to Broadway Market, it’s time for a second breakfast with friends. I could easily sit in somewhere for a brunch or eat my way through the market. As it’s a perfect day, it will be sunny and so this will evolve into a park situation with a stop off at Costcutters en route for beers and snacks. From here it’s choose your own adventure as we could settle into a BBQ at someone’s house, nest in a pub for the evening, visit a brewery, hang out in the 40FT Tap Room or like last weekend, rediscover karaoke.