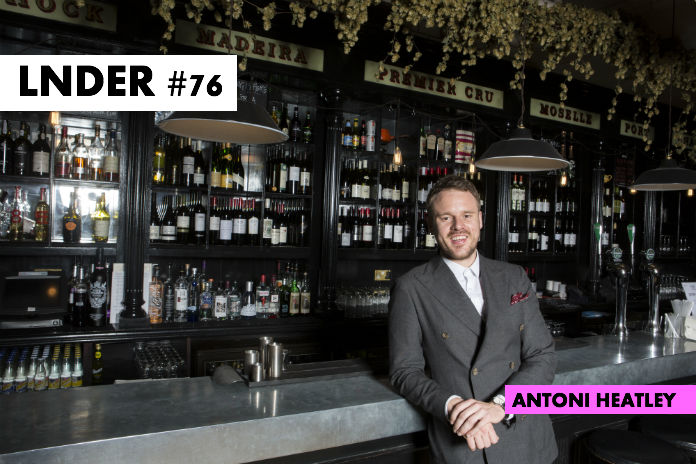 Antoni, with that accent you’re defo not a Southerner, tell us how long have you lived in the big smoke?

I’m coming up to about 10 years now in total. I generally refer to myself as a bit of a Mockney.
Where and why? I’ve lived all over London, I started with a few ropey flats in Seven Sisters in the first year, I must have been 20. I had an amazing year working as an intern at Frank PR, they were quite small then and had this incredible team who were at the top of their game headed up by Graham Goodkind and Andrew Bloch, it was such a good learning ground.

Towards the end I also worked worked on a few ‘Pop up’ galleries in central London. My friends and Crouch End flatmates ran Artichoke Ltd a pop up graffiti art shop back in 2005. We’d pull it together in any spaces we could get for free, ranging from Carnaby St to downstairs in the Doc Martins store in Covent Garden. It was a fun time and I got to work with some incredibly talented artists including Remi Rough, Blam, Hush and LA’s Seamo. I didn’t have a clue about art back then, we’d nip for a couple of pints in the Shafton Arms and then get back to selling. That’s when the art dealer sales spiel just rolled off the tongue, I think that’s when I fully decided on PR as a career. Good times.

And then Cutlass Comms was born? How did you set up your own PR agency?

I always knew I wanted to go down that route, however it was kind of thrust upon me – call it fate. I was lucky enough to work for inspirit brands in Shoreditch. They looked after and built the best UK spirits brands like Ketel One and Four Roses. It’s fair to say if you partied in East London over the last 15 years you’ve probably supped on quite a bit of their booze. I spent 8 glorious, educational but mostly drunken years there, but all good things do come to an end. I then had this idea to set up a boutique agency that has a small team of specialists in the premium spirits sector. I spoke to few brands in the industry about my vision, they loved it and so here we are, 2 and half years in spreading the love of booze!

You obvs know your booze then? What’s your fav tipple?

Has to be a Colonel Fox’s Gin Negroni or Gentleman Badgers Sloe Gin Fizz, a completely shameless plug of two brands I’m proud to be part of. They’re a venture with spirits industry brand building genius’s Stuart Ekins and Richard Herbert, and not forgetting the incredible taxidermy artist Charlotte Cory. She’s the genius behind the branding, her Green Parrot Gallery is one of my favourite undiscovered gems down in Greenwich. It’s been described as Beatrix Potter on acid. She’s such an inspirational character and counts Helen Bonam-Carter amongst her fans. Bedford & Strand make the best Colonel Fox’s Negroni, the vibrant basement atmosphere makes it possible to lose hours amongst friends. 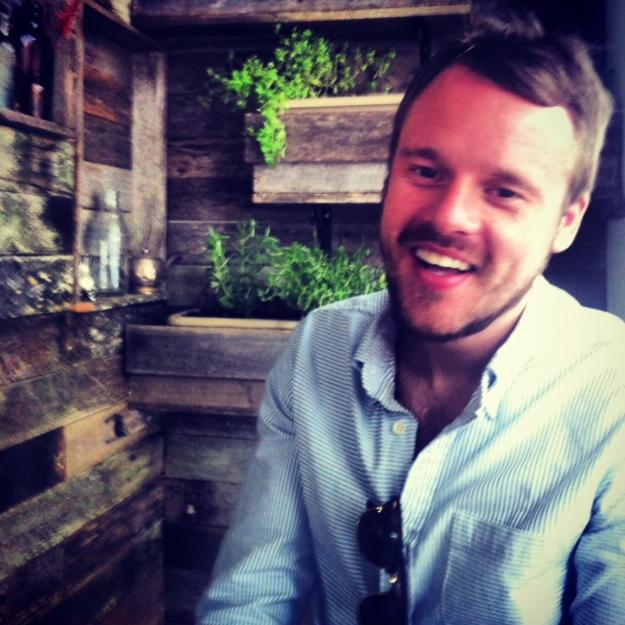 Oooo we do love a negroni, so where you’re not at work drinking where can we find you drinking??

You can’t beat an Ocho Tommy’s Maragrita in Casita, the Cheers of East London and the best bar in London for me. It’s near impossible to ‘nip in’ for one and come out sober. You have to check out the Portside Parlour also, they’re a client of ours so you can generally find one of the team propped up on the bar rum in hand at the end of the day. There’s also some great Sunday boozers that do great cocktails as well, I love the Hemmingway in De Beauvoir on a Sunday.

A sunny breakfast with the papers at the Boundary rooftop, Shoreditch. Pop over to Wembley to watch Manchester City win the European Cup in the afternoon, then back over East to celebrate with drinks at The Spurstowe, finished off with the loft above Old Shoreditch Station cafe in Shoreditch where Electric Minds used to be. I love that venue, very intimate with a good little system.

Wanna check out Antoni’s work and the brands he PRs? Then hit up the Cutlass Communications website.