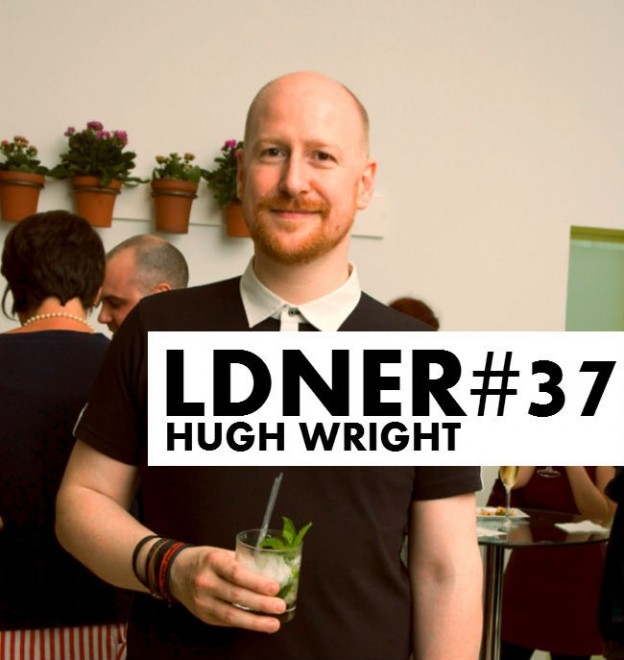 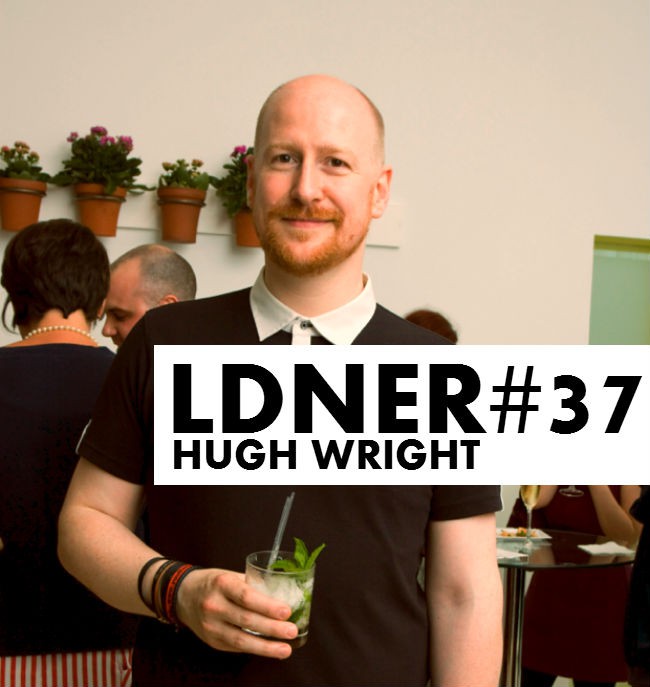 So Hugh how long have you lived in London and where’s your abode?

I date it from when I started at University of London in 1994, even though my campus was in Surrey – I spent so much time in London I always felt I lived there. But if you only count having a London postcode, that would be since 1998. I live in Oval now and have lived in and around the Vauxhall/Oval/Kennington gay triangle almost continuously since 1999, bar a couple of years when I moved to Colliers Wood for love. I try not to get too involved in the north vs. south/east vs. west debate, I think it’s reductive, but I’ve always been south of the river.

Oh come on, East is best and you know it! What does Hugh do for dollar? We know you used to be a blogger, what made you “move to the dark side” AKA PR?

I’m communications manager for an international restaurant group, looking after our four restaurants and bars in London. I was indeed a restaurant blogger and freelance food and travel writer before doing this; I made the move to in-house because it was such an incredible opportunity – it’s a very, very exciting company to work for and I joined just as the company was on the point of doubling in size so I knew it would be a massive challenge. It’s been exhilarating, exciting and exhausting, and I love it.

Well you obviously you know your food, what’s your favourite restaurant in the city and why?

Not to give the diplomat’s (or coward’s!) answer but I genuinely don’t have a single favourite restaurant – I have a favourite Italian, a favourite date place, a favourite for taking my mum, a favourite for seafood… Naturally I really rate all of my company’s restaurants and have favourite dishes in each. I’m quite old-school in my tastes and tend to love places that combine a bit of glamour with impecable service at sensible prices – I’ve never not enjoyed myself at Dean Street Townhouse, Cecconi’s, Quo Vadis or The Delaunay for example. I’m super-excited that Polpetto is re-opening soon, as that was a favourite restaurant before it closed. 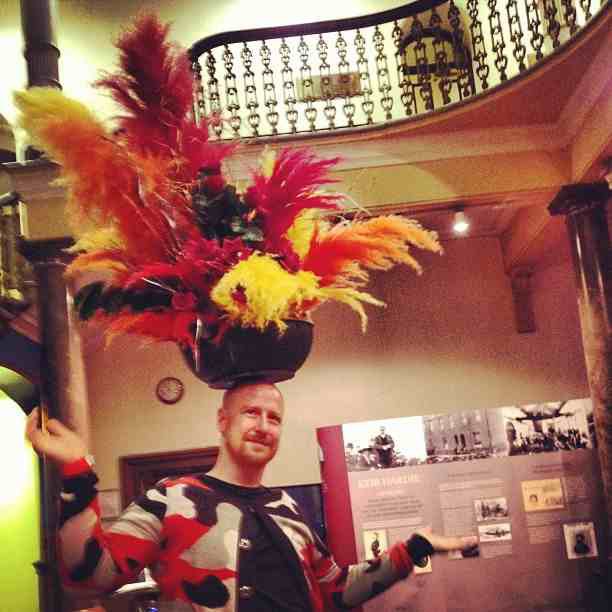 We hear (and we’ve be witness to it) that you like to PARTY, where would you suggest tourists wanting to party head to?

I do like to party, you’re right, but my crazy clubbing days are behind me – when I first moved to Vauxhall in 1999 the club scene there was just getting started and I enjoyed it to the full, but my hands-in-the-air-like-you-just-don’t-care days are over. My two favourite places to party are the legendary RVT – especially on Saturdays, Duckie is my favourite night out of all time ever – and the Joiners Arms on Hackney Road. I’ve never left either venue without having had an amazing time, or sober. My mate Osh’s riverside pub The Ship, in Wandsworth, is always a great night out too; Bank Holiday Sundays especially but also Tuesdays for live Irish music.

And finally what would your perfect day in London be?

Unsurprisingly it would involve a lot of eating and drinking with a bit of shopping thrown in. I’d have breakfast at Cecconi’s then stroll along Savile Row, picking up a few gorgeous pieces at Alexander McQueen (RIP David Collins who designed this, the most beautiful menswear store in London) then drop into Hauser & Wirth. More shopping at Vivienne Westwood on Conduit Street, then into Liberty for some shoes and fragrance (Byredo Rose Noir and Editions Frederic Malle’s ‘French Lover’ are my favourites). A long, leisurely lunch would then ensue in the Leoni room at Quo Vadis with twenty of my nearest pals – Jeremy Lee’s eel sandwich, roast kid and lemon posset washed down with LOTS of Picpoul de Pinet – before cocktails in the Club downstairs. A tipsy stagger round the National Portrait Gallery to ogle the sleeping David Beckham would segue into high-tea and Negronis at Dean Street Townhouse, a couple of liveners and boy-watching in Rupert Street or The Yard, then we’d all go for dinner in the beautiful upstairs dining room of my friend Nick’s pub The Drapers Arms. Then I’d dance it off and the night away at Duckie or Joiners Arms before a Bentley Mulsanne would pick me up to take me to a suite at Claridge’s, where I’d wake up on Sunday morning face down in a half-eaten KFC Boneless Banquet.

Boneless, where’s the fun in that? We’re all about the morning bone banquets! Ha! If you like the sound of Hugh’s banter than check him out on Twitter.