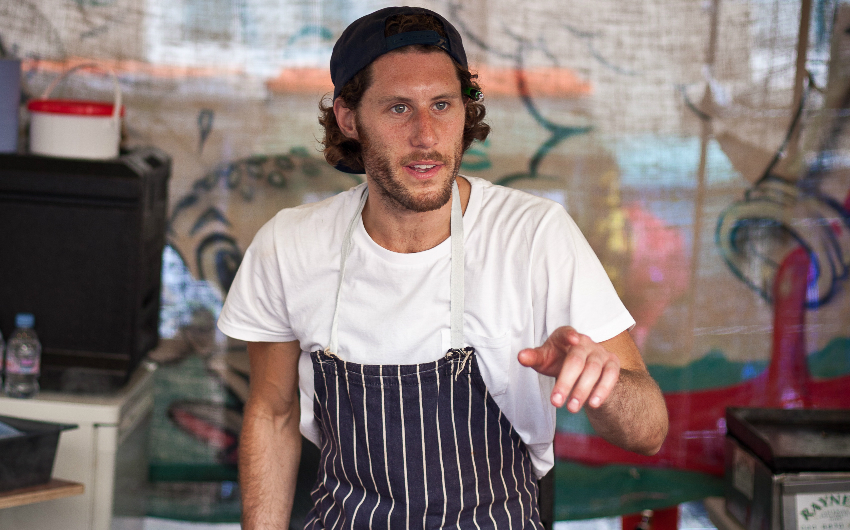 It’s fair to say that this week’s LNDER knows a thing or two about burgers. He’s the founder of Patty & Bun, which flips out some of the best burgers in town, including that famous Ari Gold, and he’s just opened his first West London branch in Notting Hill. Meet patty master Joe Grossmann…

I live in Notting Hill. Grew up in South West London so haven’t strayed too far! I’ve been in Notting Hill and around there for the past 5 years, even though it’s changed a lot over the years it still has a village feel to it with some hidden little spots where you can get away from the masses and tourist crowds on the weekends. Ain’t going to lie though the food & drink scene is hugely behind Central / East still, desperately needs a good shake up on that front… amazing with such a large span of neighbourhoods around Notting Hill that more hasn’t opened up over the past few years. However, there’s the COW pub down Westbourne Park Road – such a beaut little boozer, hasn’t changed a bit since it’s opened – still best pint of Guinness in my eyes. You can just settle in there and watch the same peeps come in, sit on the same stool every day and night and just guzzle Guinness and smash down a banging chicken kiev.

What inspired you to start Patty & Bun?

I just loved food and restaurants in general and always had a burning desire to get into the food industry back in the day…I loved to cook and was fascinated with different restaurants and food in general. I was inspired by travels in the States and specifically Shake Shack in NYC…this was all around the time when burgers were really starting to gather momentum back in London. I F-iiiiiing love burgers (obviously!) and I thought that there was potential to open a cracking little burger spot with a small but high quality, accessible menu, laid back vibes and cracking music – bringing together all these elements to try and make a great experience for the customer. It was a rollercoaster from that original inception point of the idea to actually getting it off the ground a year and a half later, but don’t think I’ve got space to go through that whole journey right now! 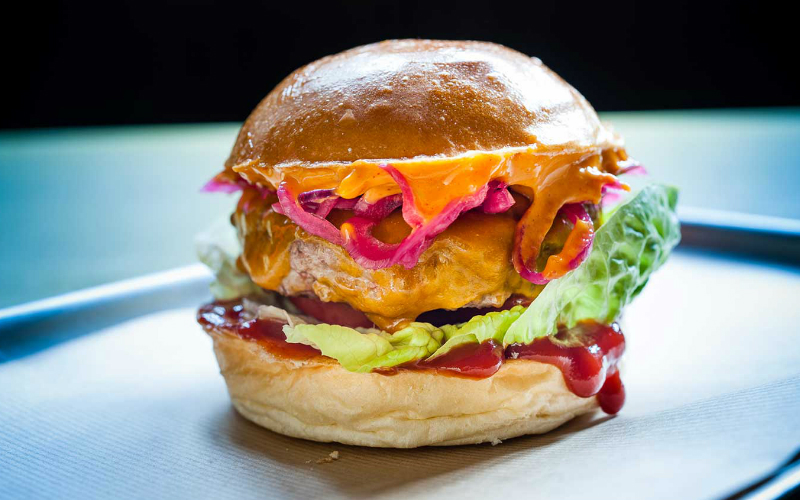 We’ve been wanting to open in Notting Hill for a while now, but like all things in the restaurant industry in London it all comes down to availability and opportunities in sites…very much a waiting game! I know Notting Hill well obviously through living there and when the opportunity to open on Pembridge Road, just off Notting Hill Gate came about, it just felt right. Luckily we got the site – and just super pumped to open the first Patty in West London. Because of the size of it we’re going to be able to bring together a lot of different elements from across all the Pattys in this one site – little bar, cocktails, milkshakes, large table bookings, DJ set up Thursdays and Fridays, and obviously some rowdy burgers and more!

There are loads of good burger joints in London now, how do you stay ahead of the competition?

It’s super competitive, but I think you just have to continually try and improve and evolve your offering and keep pushing the boundaries. People as well – the team working at Patty are next level. Each site has a different personality to it with a tweaked offering – Liverpool Street is more quick service catered to the fast pace of the City, Redchurch St has a wicked little speakeasy bar downstairs where we’ve got DJ’s every Fri & Sat with cracking cocktails and good vibes, Old Compton St is a more laid back affair with great cocktails as well, and Notting Hill will have a little bit of everything. We’re not doing a cookie cutter roll out, we’re trying to make each site personal and distinctive and really blend in with the local environment and community. At the core of all this we’re just trying to serve an amazing product, great customer service with a great vibe! 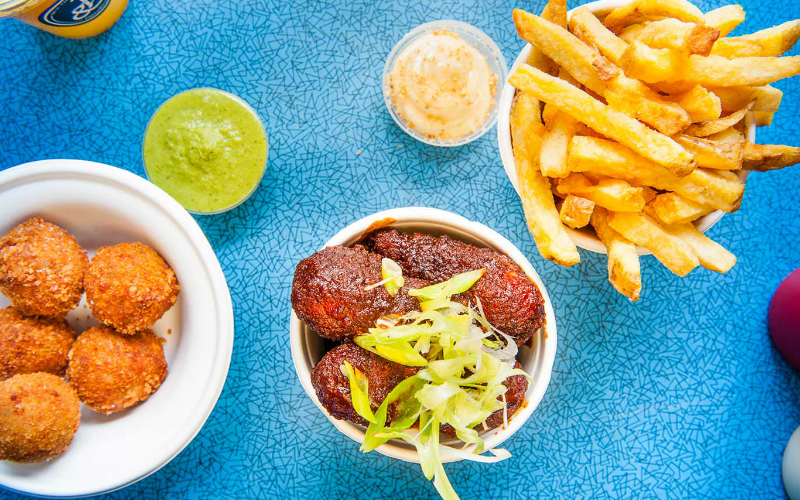 Revolves around food and drink obviously! Hmmmmm tricky one, as London is the nizzles across the board – but I reckon would go along the lines of…wake up (Sunday) with a hangover from Guinness from the Cow, roll over to ALLPRESS in Dalston Lane, smash their breakfast plate and some soft boiled eggs and about 8 coffees, hit up Columbia Road flower market, maybe another pint of Guinness, then cruise to Black Axe Mangal for some banging Turkish grub, another coffee probably and maybe another Guinness. Then head to The Barbary (sister of Palomar) in Neal’s Yard Covent Garden for the some of the best grub in town. Then collapse.