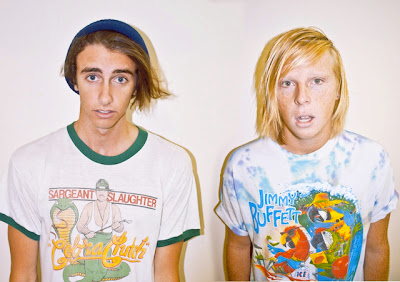 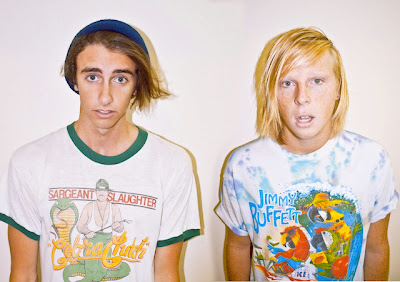 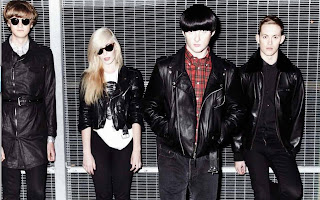 We’ve written much on T.W.B. across the pages of this blog over the past twelve months, doing our best to cover a series of successful singles releases and London dates. Tonight Margate’s finest leather jacket wearing surf punks strut around the venue and onto the stage too a soundtrack that could only have been handpicked by them; a collection of chilling 50’s guitar melodies wash over our ears before the band replicate the sound live. Tremolo guitars ring as the audience dances to their now familiar set. Highlights come from the slow burning ‘My Lonesome’ as well as more upbeat numbers ‘Together Forever’ and set closer ‘All We Wanna Do’. The Album is due out this summer, a record we are very much looking forward too, it should provide the perfect soundtrack to the warmer months.

Tonight’s headliners Bleeding Knees Club similarly have an upcoming summer album releases for us to look forward too. They also play ‘sunshine’ sounding songs but in a completely different way; coming across more like a Californian beach or Australia’s Gold Coast than Margate pier. Their take on slacker rock is similar to the current wave of bands in that genre (Black Lips, Wavves, Yuck) however they encapsulate a more ‘teenage’ sound if there was such a thing. They are messy and play too fast but that’s exactly how they intend it, punk rock played in a ‘my first band’ sort of way. They clearly enjoy themselves onstage although they moan about the British cold weather repeatedly between playing most of the tracks from 2011’s must have ep ‘Virginity’ including ‘Bad Guys’, ‘Have Fun’ and the awesomely catchy ‘Teenage Girls’.

Thank you Mr Kennedy for once again championing new Music and bringing it to the masses. If the albums live up to the quality of the live shows summer 2012 will be a good one. Now wax off that surf board and dig out that bucket and spade, last one to Margate’s a rotten egg.