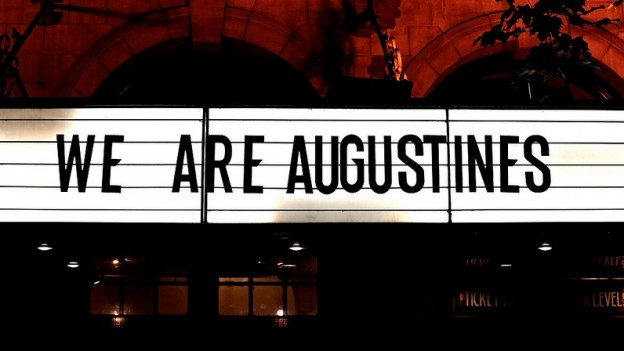 We are Augustines have an enticing take on the more cinematic end of North American indie, blending together touches of groups like Arcade Fire, The National and The Gaslight Anthem – the sort of emotive bleeding man rock peddled by thick set guys with beards and braces. Naturally they have a heartrending backstory to debut ‘Rise Ye Sunken Ships’ and play every song like it’s their last.

Tonight marked the second date of their UK tour and two things are apparent: Firstly the amount of goodwill in the room for the band, who have steadily been on the rise over the last year in the UK; and secondly, how much they genuinely appear to be enjoying themselves, with huge smiles on their faces as the words are sung back at them. It’s grown up, serious music, but that doesn’t mean it can’t be celebratory.