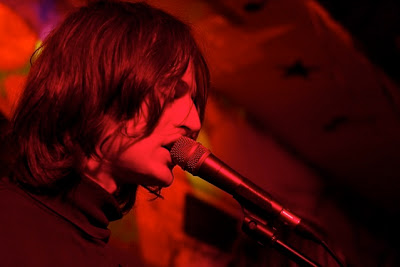 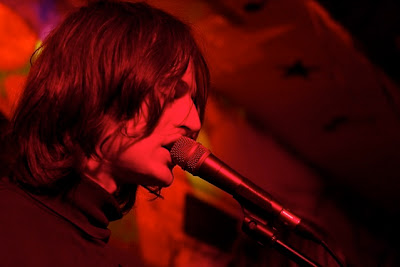 Backed by an almost cloying kaleidoscopic light show, which is just about saved from parody by the bands focus and a tight, pounding live set which has been honed by a series of high profile gigs, it is the swirling synth that leads these songs on a cosmic march through set of that veers effortlessly between sweet Lou reed-esque summer pop songs, towering, mawkish anthems and creepy, spidery guitar lines, which would sound at home in a circus funhouse.

A tight, hypnotic set of looping dance rhythms, droning, space guitars and astral synths, irked only by the monotony of singer Tom Dougall’s voice, which the dancing multitudes certainly don’t seem to mind. Although this is not music for mass consumption, the bands appeal is instantly obvious as they offer an intoxicating ride through their very own psych kingdom and sound tracked by their own brand of delicious and danceable garage pop. They have one night left of their residency this coming Friday (10th) and it is recommended that you catch this band before they go as stellar as their songs seem to suggest!