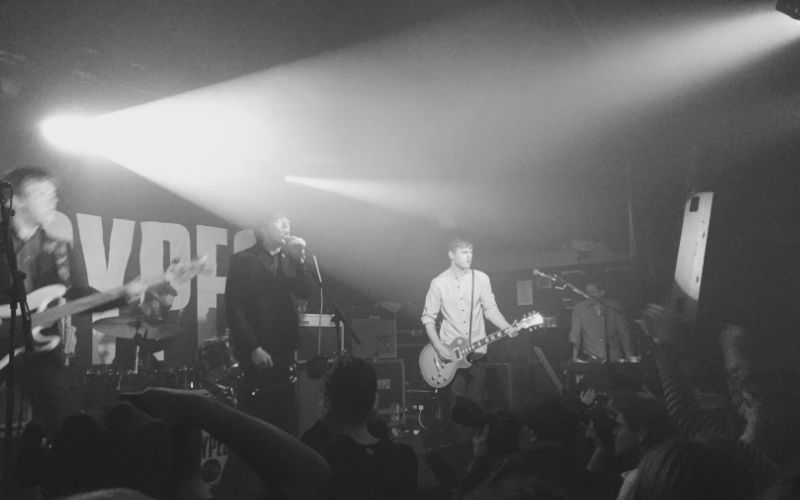 Kicking off 2016’s NME Awards Shows, The Strypes took to the stage at the Garage with support from Otherkin and The Amazons.  The opening support slot on Monday is always a tough break, but Otherkin stepped up to mark with shouty, pop-hooky tracks and with The Amazons providing riffy, power pop anthems, we were suitably warmed up and ready for The Strypes to take centre stage.

In what is both a respectful and crowd rousing move, the four lads from Cavan open with a riotous cover of Bowie’s Rebel Rebel, before launching into their own ‘Get Into It’. The first few tracks showcased this band’s ability to rocket through break neck blues rock with a tightness and surety that you can’t help but admire. The frantic and emphatic energy that courses through The Strypes, as they twitch and jerk around the stage is hugely entertaining, not least to the room full of vicariously proud dads/uncles who are watching their teenage rock dreams acted out before their very eyes.

Proving they have the ability to revive a truly retro sound, The Strypes certainly didn’t disappoint and set the standards high for the rest of the NME Award Shows.