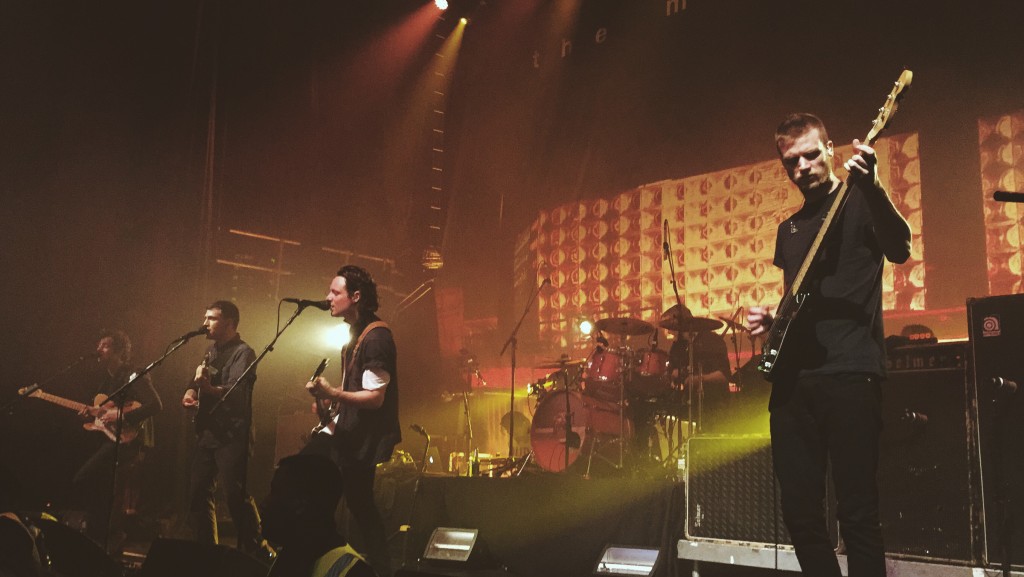 THURSDAY 14TH MAY
THE CORONET

From a very soggy Elephant and Castle there was anticipation in the air for the comeback of The Maccabees after a three year absence from the music scene.  Featuring a support slot by our faves Gengahr (former Band of The Month), The Maccabees took to the stage to a rapturous applause starting a little later than planned, purely line of fans stuck out in the rain lined up around The Coronet which then continued into the underpasses and across the street to the middle of Elephant and Castle roundabout – everyone was a bit desperate for a bit of Maccabees action! Kicking off with ‘Wall of Arms’, the band tore through a career-spanning set that included songs from all three of their released albums but what made the night pretty damn special was that debut album ‘Colour It In’ was having its eighth birthday.

Talking about the new album and the new album artwork for the new album ‘Marks To Prove it’, which depicts the Michael Farraday Memorial, frontman Orlando Weeks explained “It’s a thing that everyone’s walked past over and over again and not given a second look. I think that’s what a lot of the new record has ended up being about. It’s recognising something special in things that are around us all of the time.” And as luck would have it, The Maccabees’ new-found thinking for looking for what’s special in the really quite mundane, cues a very rare outing of ‘Latchmere’ which basically, the entire venue went fucking nuts for. New track ‘Something Like Happiness’ and ‘Pelican’ draw the night to a close which brought The Maccabees’ homecoming leaving everyone wanting just that little bit more.