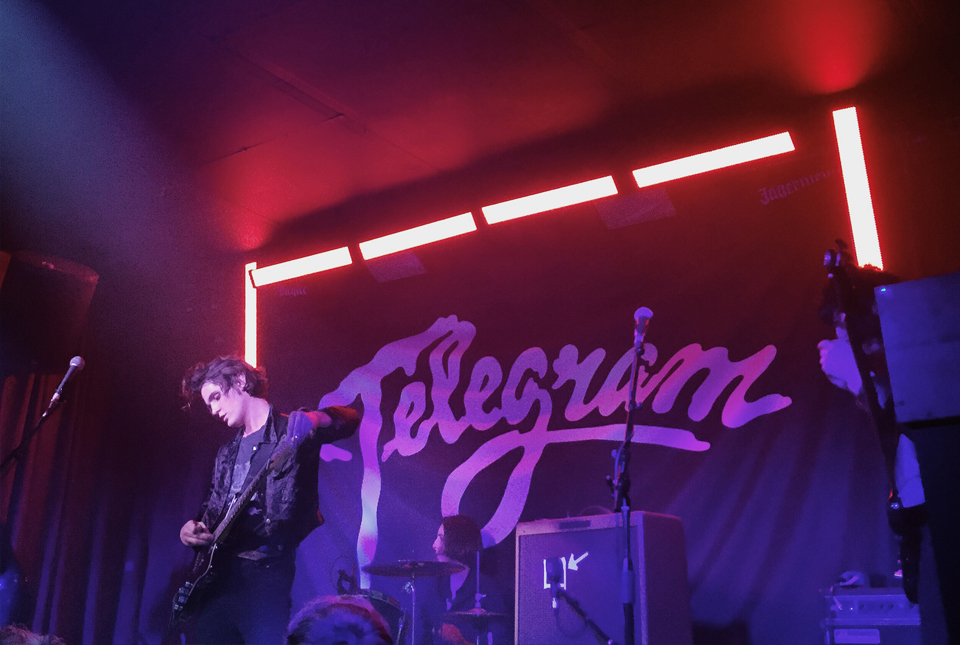 It’s a freezing Saturday night but thankfully Hoxton Bar and Kitchen is rammed. We’re so utterly sardined for this NME Awards Show that with a slight wiggle you can tell which model of iPhone the person next to you has in their jean pocket. But that’s just fine because we’re here tonight for a far more archaic form of communication in the shape of Telegram.

Archaic is perhaps unfair, but Telegram are certainly doing their damndest to reprise a musical age long gone. Like four horsemen of the 70s psych-rock apocalypse, they thunder into their first track, a pounding, swirling maelstrom that builds to a bombastic climax. 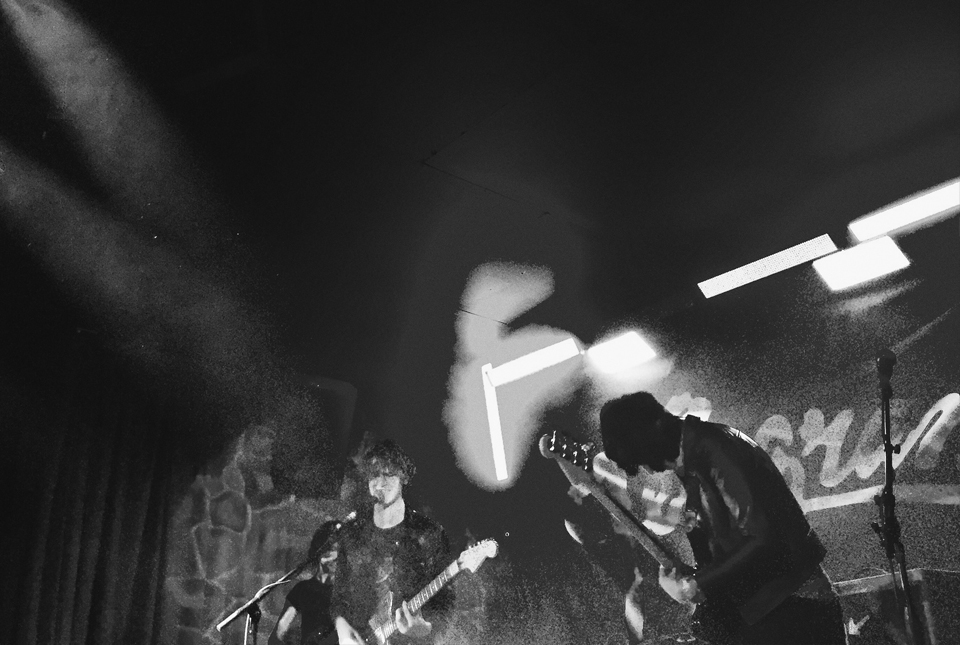 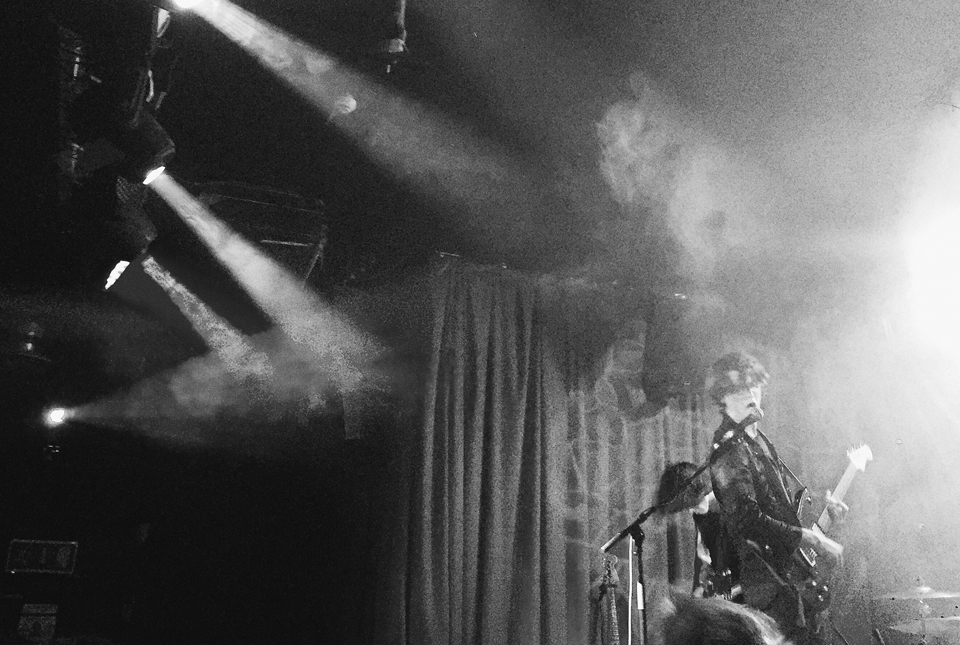 Although some what shy between tracks, lead singer Matt Saunders has a playfully pompous demeanour that befits their garage-cum-glam sound. Raising a pointed finger to the expectant crowd and jutting his chin in the air like an aloof indie prince, he leads his fantastically tight band through a set that at times hurtles and astounds and at others plods and drifts off.

It’s in these pacier more percussive tracks that they find their feet and when they erupt into the now near anthemic Follow, the crowd roars an appropriately explosive response. They hammer home their message by closing with a powerful and protracted slab of psych that leaves ears ringing long into night.