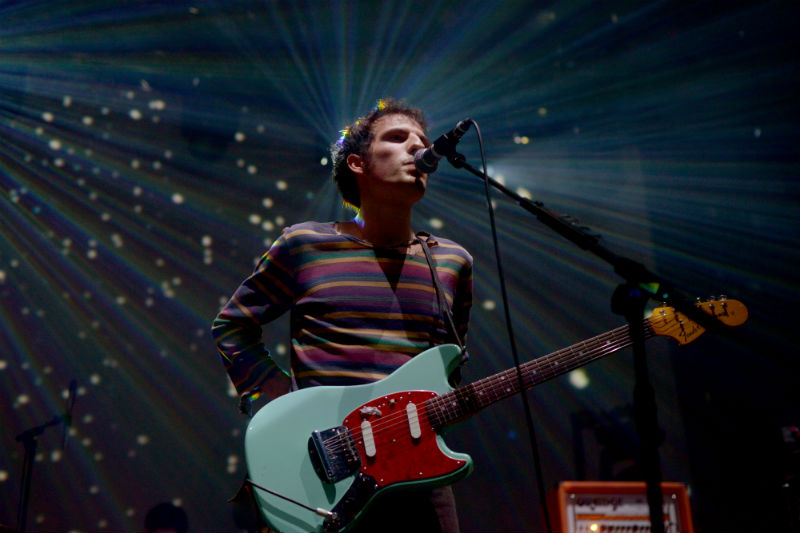 Taking to the stage at the Roundhouse to the familiar sounds of the Jurassic Park theme tune, Swim Deep served up a selection of hits from their new Screamadelica-esque album ‘Mothers’, as well as favourites from 2013’s indie-pop record ‘Where The Heaven Are We’.

The new record marks a significant change in direction since their debut, which could have easily alienated their legion of glitter-clad teenage fans, however a characteristically ethereal performance coupled with starry visuals beamed around the venue ensured that the band did not disappoint. The show opened with ‘Namaste’, and songs from the new album seemed to be played with a more upbeat tempo than the recorded versions, which made for more of a dance-party atmosphere.

The boys still channel the 90’s both visually and audibly, but their new sound also heavily references 80’s acid house and even psychedelia. The loudest screams from the fans were reserved for older and more familiar hits such as ‘Francisco’ and ‘Honey’, however the new songs also appeared to have to captured teenage hearts as Austin Williams projected his falsetto vocals into the crowd.

Towards the end of the set, the band introduced a Whirling Dervish; a traditionally Sufi dancer whose ritual consists of an incredibly visually appealing costume dance. The dancer spun in colourful circles for the entire 8 minutes of the acid-esque ‘Fueiho Boogie’, which is a song about the recently abolished Japanese law which previously outlawed dancing in nightclubs.

The band returned for an encore with ‘She Changes The Weather’ before seamlessly segueing into ‘To My Brother’, which combines trademark guitar hooks with the looped synths of their newer material, providing a fitting end to the evenings show.

POPULAR MUSICALS TO STREAM FOR FREE (17) 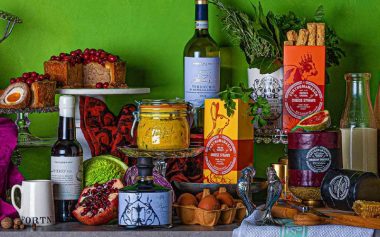