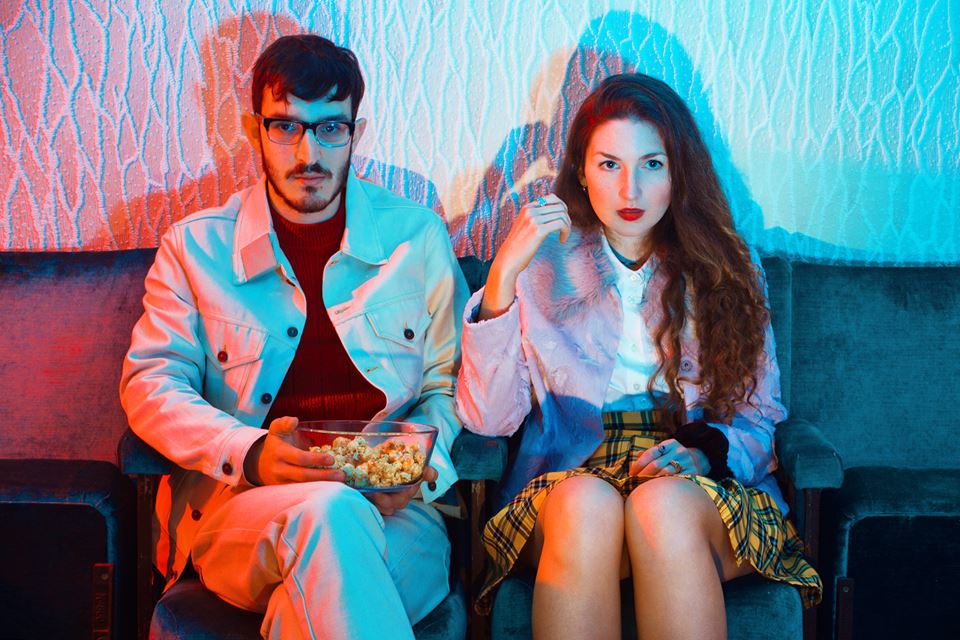 We headed down to Village Underground last week to see Summer Camp perform their ‘Bad Love Prom’, something of a homecoming show for husband and wife duo Elizabeth Sankey and Jeremy Walmsley. They took to the stage with the rest of their live band in front of a large ‘Bad Love’ backdrop, which is the title of their recently released album and single of the same name.

The band opened with a signature slice of sugar-coated indie pop through ‘Down’ from 2011’s debut ‘Welcome to Condale’, before launching into ‘Fresh’ from 2013’s self-titled album. Summer Camp have always championed a sense of nostalgia through visions of young love and endless summers. They are known for delivering catchy 80’s-inspired indie-pop songs that have crowds singing and dancing along with them, and this gig was no different.

We were treated to several songs from the new album, cited as a “concept record about all the different types of bad love that a person can experience.” The new songs lean more towards 80’s disco tracks than their earlier work and showcase Sankey’s ethereal voice perfectly.

Halfway through the gig, the 2014 documentary film ‘Beyond Clueless’ for which the band wrote the soundtrack was screened. The visuals and the music married together to make a perfect match, and Sankey improvised her own dialogue for the clips between the tracks. She also introduced her audience to the producer of the film, who was watching from the crowd.

Early tracks ‘Round the Moon’ and ‘Ghost Train’ provoked excited reactions from the fans, whilst the band danced energetically on stage and took the time to individually thank friends for coming out to see them. The set ended with Sankey pronouncing love for Jeremy Corbyn, then moving on to joke about the recent #Piggate story before launching into a cover of ‘What’s up?’ by 4 Non Blondes, prompting a mass singalong from the audience, arms raised aloft.