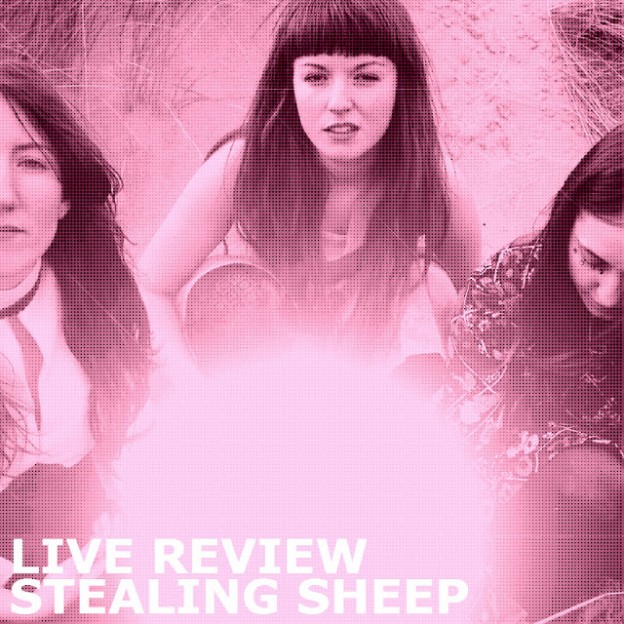 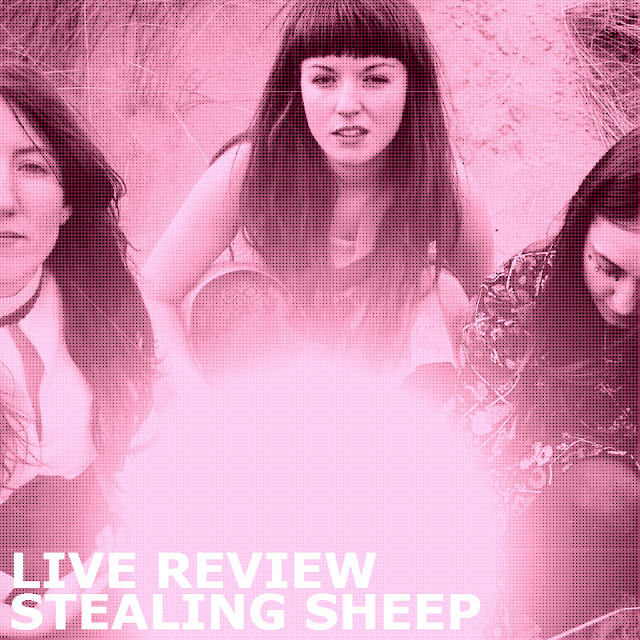 The last time we saw Stealing Sheep perform was by a beach in North Wales, where an incredibly apt rainbow appeared as if on cue, mid-way through their set. This seemed worlds away from a cold December evening in West London but the grandeur and splendour of Bush Hall provided an equally breathtaking backdrop for their gig earlier this week.

Support for the sold-out concert came from London two-piece Elephant, before Midlands based neo-psych outfit Temples, who have been receiving a lot of high-profile praise recently. They ended their set with their new single ‘Shelter Song’, a melting pot of jangling guitar riffs and kaleidoscopic melodies, transporting the audience straight back to the sixties.

The girls from Stealing Sheep took to the stage adorned in sequins and glitter, and opened with ‘The Garden’, the first track from their debut album ‘Into the Diamond Sun’. A slow-paced introduction, it showcased their combined twinkling vocal harmonies and love of playground-like handclaps, as together they chime out the lyrics ‘Five o’ clock on Sunday morning – why don’t you come and take me out?’

They worked their way through a set filled with heavy medieval drumbeats transfused with divine harmonies and old time lyrics conjuring up vivid imagery. Each member of the group seemingly brings a different musical influence and element to the mix, creating a rich musical tapestry which enchants a spellbound sell-out audience.

Frequent changes of pace during the gig ensured that everyone was kept entertained, with crowd-favourites including ‘Genevieve’, a catchy pop tune filled with more hand-clapping and polyphonies, and ‘Shut Eye’, a song which begins with deliciously light vocals before thundering into the chorus with all three girls chanting in unison ‘People all the people with big bellies banging bigger drums, They beat down on you they beat the pulse into your shoes’.

The band provide a visual performance to match the audio with tambourines adorned with ribbons being waved through the air and each girl dancing along emanating a real sense of enjoyment throughout the gig.

They finished with ‘I am the Rain’, the opening track from their 2011 EP ‘Noah and the Paper Moon’, with the band leaving the stage after each individually thanking the audience, as they did endearingly throughout the evening. The crowd had other ideas and collectively stomped their feet and shouted for more until the girls re-emerged to perform a stripped down acoustic version of ‘Shark Song’. The track is full of delightfully playful lyrics such as, ‘In my dreams they walk on their fins, and I’m standing on my toes like bins’, which highlight the childlike, sugar coated quality of the girls’ vocals.

‘Into the Diamond Sun’ has been one of our musical highlights of 2012 and this gig celebrated that further, anyone who hasn’t seen this band before should definitely make it a new year’s resolution for 2013. Check out where Stealing Sheep came in our top 20 albums of there year here and here from Becky who talked us through her pick of the year.