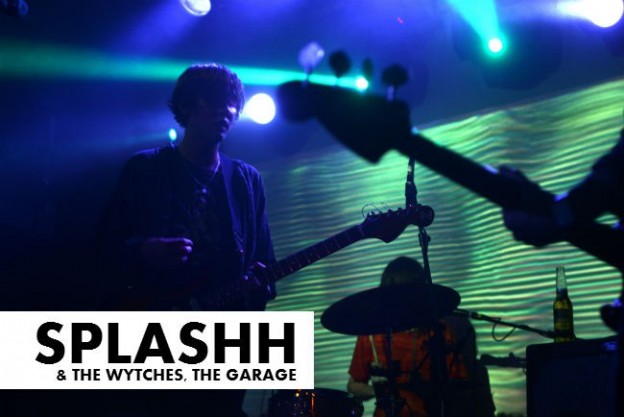 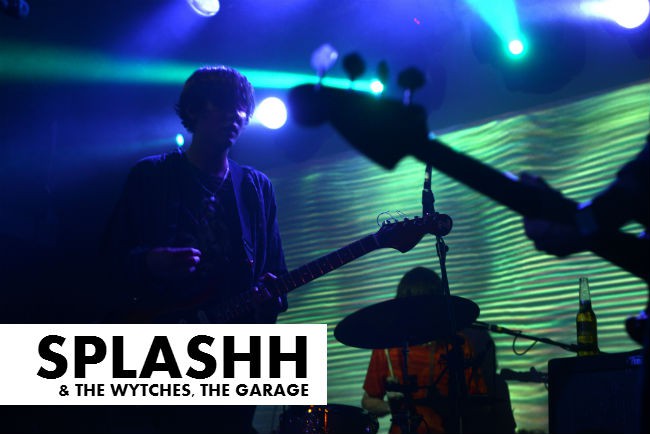 At a venue with a name like The Garage, you’re expecting raw, scuzzy, untamed tunes that make you wanna pick up a rusty old guitar and start your own band. Well, after watching THE WYTCHES and SPLASHH, we fancy doing just that.

The Wytches were up first and the Brighton based trio wasted no time in showcasing their mangled Surf Doom melodies to the full-house. Their sound and visual are both unmistakable as front man Kristian Bell rocks viciously forward and back, scrambling for his whammy bar like a man possessed by the music he’s creating.

Hissing into the mic three times before unleashing killer tracks like ‘Robe For Juda’ helped to whip the crowd into a frenzy with mosh pits dragging in everyone and anything they could. The Wytches make music that sounds like a Quentin Tarantino soundtrack for a remake of The Addams Family and the instrumental in ‘Digsaw’ made us feel like we were entering the darkest most evil crevices of Dick Dale’s mind.

The Wytches left the stage with broken guitar strings after a deranged performance of ‘Crying Clown’ and up stepped a formidable four-piece. When Splashh took to the stage and the mystifyingly lazy tones of Sasha Carlson filled the room, you might have assumed the crowd would be a little tamer than they were during the unrelenting Wytches performance earlier.

But as pixelated projections illuminated flailing limbs of crowd surfing fans during hazy tunes like ‘All I Wanna Do’ and ‘Vacation’, it was clear to see that both of these bands have a crazed following that they rightly deserve.