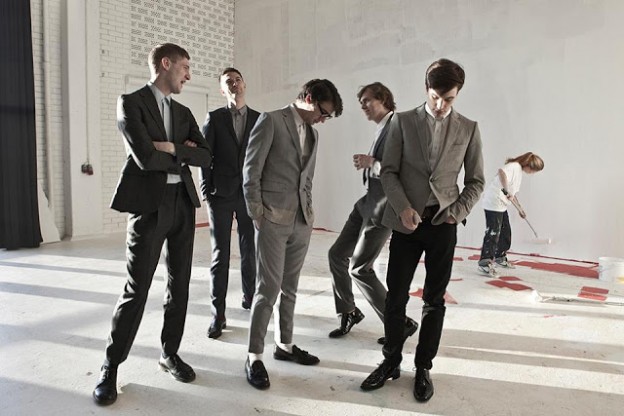 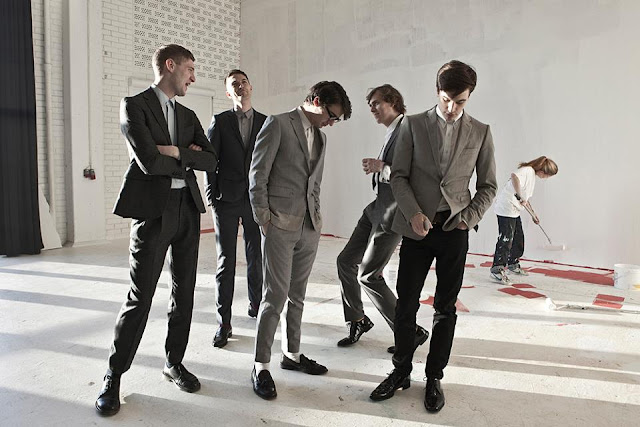 After seeing Spector in the Laneway tent at Field Day the previous weekend and earlier in the year at Coachella Festival in California we jumped at the opportunity to see them in such a small venue and despite the set being slightly shorter than normal they didn’t disappoint, with charismatic front man Frederick Macpherson proving as entertaining as ever.

Taking to the stage shortly after 11.30pm the band opened with recent single ‘Celestine’ and performed hits from their forthcoming debut album ‘Enjoy it while it lasts’ to an enthusiastic crowd who jumped around and sang along for the entirety of the gig.

‘Who’s ever heard of a dance move called the wall of death?’ Macpherson asks the crowd, before splitting them down the middle and encouraging both halves to run at each other as the band launched furiously into recent single ‘Chevy Thunder’.

Austin Williams the lead singer of Swim Deep who had performed earlier in the evening joined the band onstage for a cover of ‘Three Lions’ before the band continued through their repertoire of catchy indie-pop songs, finishing the night with a mass sing-a-long of ‘Never fade away’.

Spector have the precision and confidence onstage of a band who have been playing together for years and the rapport between Macpherson and the crowd coupled with their effortlessly catchy songs means they are a band who will very rarely disappoint live and we are certainly looking forward to the album release even more after this gig.