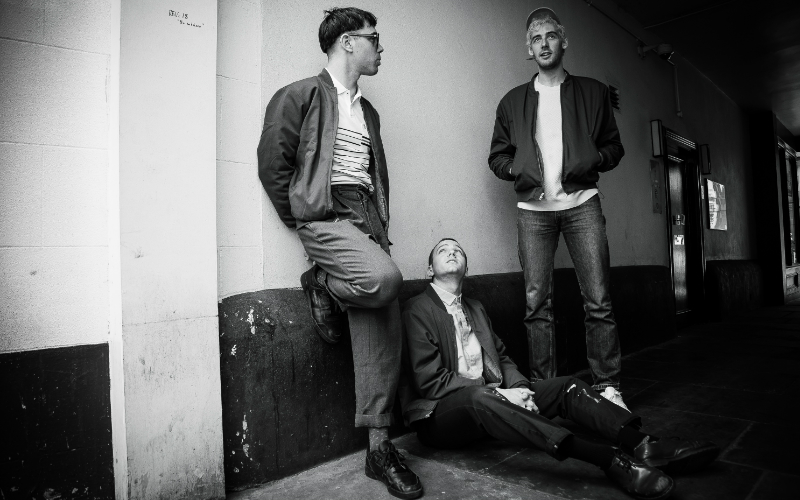 Skaters swaggered onstage 30 minutes late to a leather-jacket clad crowd eagerly awaiting their headline set at a packed-out Oslo in Hackney. This is their first outing in the capital playing new material from their recently released 5 track E.P. ‘Rock and Roll Bye Bye’, 2 years after their debut ‘Manhattan’, which earned them a legion of devoted fans, both stateside and in the UK.

Their sound has always spanned between a number of different genres and the new material is no exception to this – ranging from a lo-fi surf sound to the thrashing guitars and reggae inspired influences they have explored in the past – whilst always seeming to be entrenched with a slick NYC aesthetic influenced by The Strokes and The Walkmen.

Lead singer Michael Ian Cummings is positioned to the right of the stage and works his way through the set with few spoken words, leaving former Paddington Josh Hubbard to drunkenly interact with his home crowd between numbers.

The catchy choruses on the newer material such as ‘Flip Flip Flip’ and last years ‘Mental Case’ allows the crowd to sing along, however the biggest reaction of the night is reserved for old favourite ‘I wanna dance (but I don’t know how)’, which prompts the audience to form a mosh pit, as a crowd-surfer is tossed around above their heads .

The band return to the stage for a brief but high-energy encore to end their 40-minute set – the new songs having wet the crowd’s appetite for another full-length album and more live European shows soon.