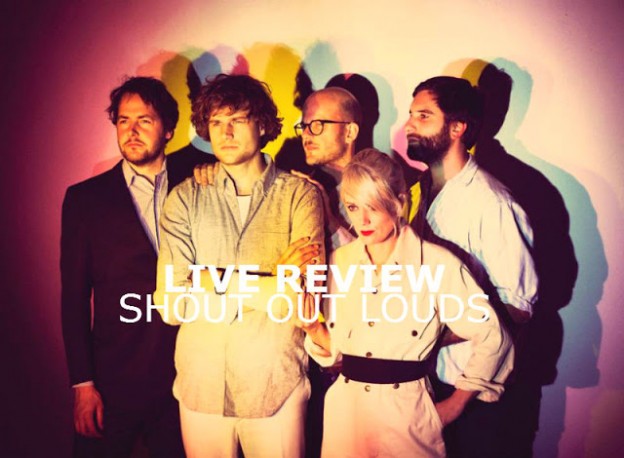 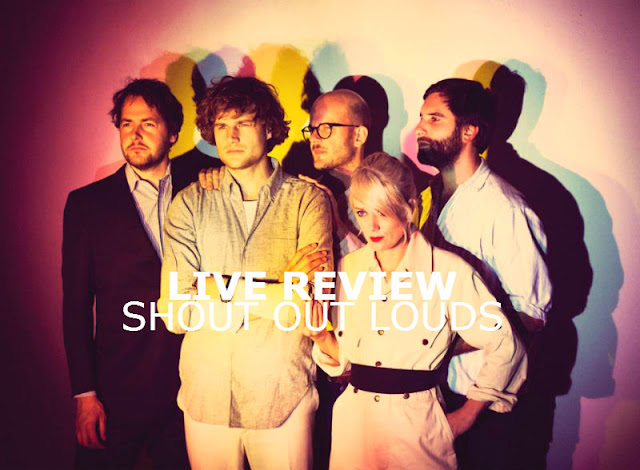 Ten years and four albums ago, Shout Out Louds were Sweden’s support band of choice for the Strokes, Kings of Leon and the Magic Numbers. Now, they return to London to play their ?rst sold out show of the current tour on the heels of their latest album ‘Optica’ named after the science of light, headlining at the Lexington.

Loud, bubbly indie pop matches the show the band puts on from the word go with the reverb-?lled vocals of opener ‘Sugar’. Solid orchestral arrangements are the product of over a year of studio time in recording Optica invoking the 80’s spirit of New Order, a signi?cant step away from 2010‘s raw, overproduced ‘Work’. Introducing the new album with ‘Walking in Your Footsteps’ complete with jazz ?ute intro, singer Adam Olenius carefully walks the line between heartbroken lover and stalker, comfortably crooning “It’s where I’m coming from, it’s where you’re going”.

Above the new-wave synths, new drummer and birthday boy Lorne brings old crowd favourites such as ‘Fall Hard’ back to life. Kick drums and singalong choruses during ‘Impossible’, another offering from Optica, shifts the set into another gear with familiar percussion reprises. Fading in and out of extended songs causes some of them to feel pretty similar, but the little gems of the bands’ personality, such as the only female band member’s observation that “you’re not really one of Europe’s biggest capitals” shows just how unpredictably funny they can be.

As a regular support band, they are basking in the limelight tonight and after ?rst playing London “9 or 10 years ago” they have gathered a big back catalogue to play with for over 2 hours. ‘The Comeback’ from their lo-? debut ‘Howl Howl Gaff Gaff’ is an appropriate title for the band’s longevity, even if the chorus lyrically sounds a little like scandipop meets LL Cool J.

Melodramatic percussion during the new romantic ‘Blue Ice’ is the only time wooden blocks have taken centre stage outside middle school but again, the 80’s tom-toms come to the rescue on ‘Hard Rain’ even if something appears to be lost in translation of the lyrics as Olenius sings to his lover that her breath “smells like cardamom”.

Announcing that he is drinking a cocktail named ‘high school swimming pool’ the show gets a little more awesome with some double bass action as Olenius reaches for another bass guitar for the electrifying ‘14th of July’ in the style of Flaming Lips or a dancier Arcade Fire before ending with ‘Little by Little’.

In one of the strangest encores the Lexington has seen for a while, Olenius sings “you know there’s a wall and you just run through it, you had too much to drink but those telephone bills are worth it” during ‘Walls’ before joining in on drums while wearing a tambourine on his head. Finishing the show on a high with more cowbell on ‘Tonight I Have to Leave It’, he hops off stage and walks through the crowd before jumping on top of the sound desk and holding the mic out for the everyone to close out the song.

Shout Out Louds are named after their buoyant, noisy style but earning the sold out headlining slot has taken years of hard graft and reveling in their indie pop glory, their electronic live act is fun and totally nuts, Swedish nuts.