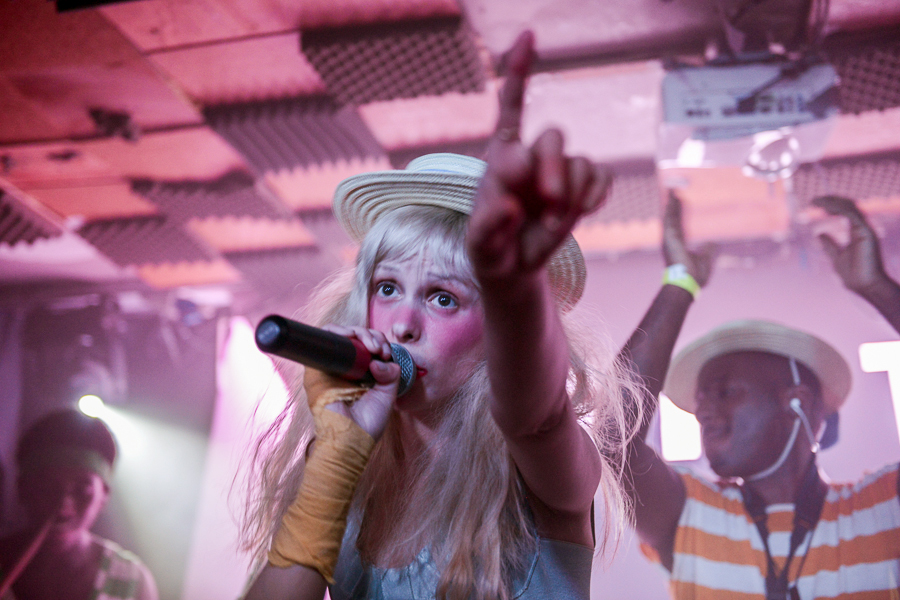 When we heard that Petite Meller was playing her first ever UK show at Birthdays we were intrigued. Her videos are colourful, bold and eccentric but how would it work on a small dark stage in East London? The packed out venue was illuminated pink, with her signature bold font spelling out PETITE as the backdrop and the parisian pop princess lulled and enchanted with the charming tunes of NYC Time. But the real magic really started when Petite’s accompanying band got into full swing, with keyboards, saxophones, bongo drums and even a dude on stage just to throw some shapes.

As the set went on, the singer/song writer/philosophy masters student put on a show like a character that fell out of Wes Anderson’s mind and into East London, ditching her see-through stilettos so that she could join in the party. And as each song was accompanied by a tale of the country that inspired it, she ended the set by recommending that we all try kissing a giraffe in Africa and then blasting out ‘Baby Love’. By that point, there wasn’t a person in the place that wasn’t dancing with her. 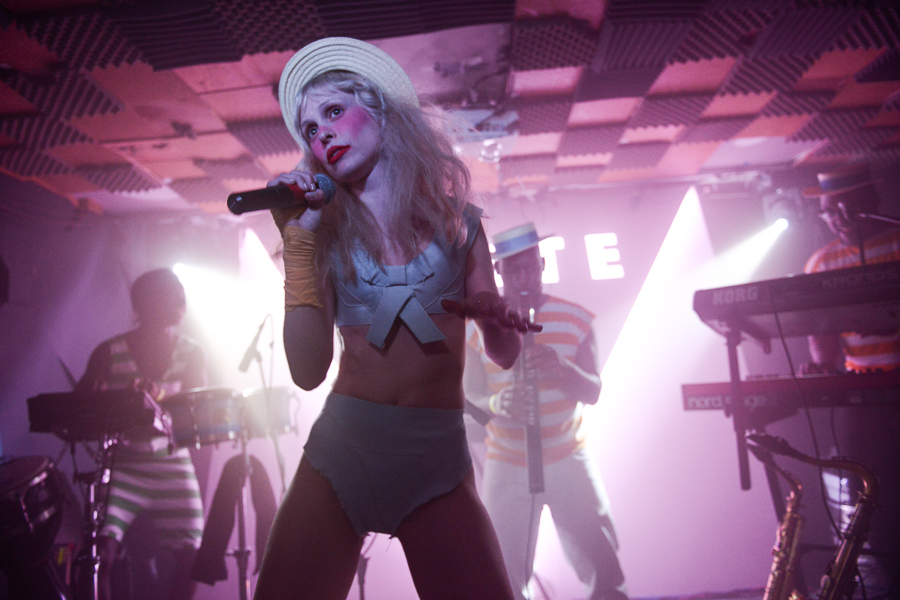 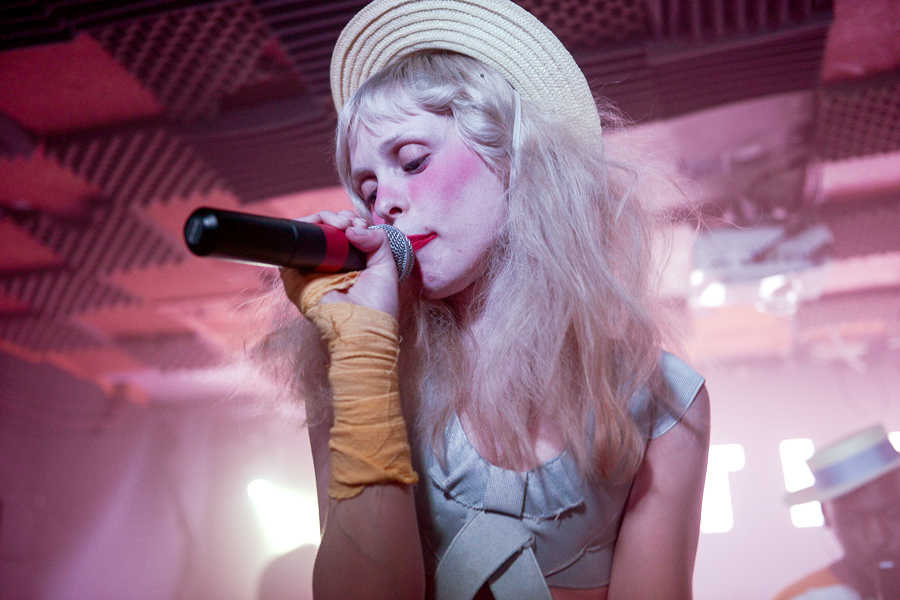 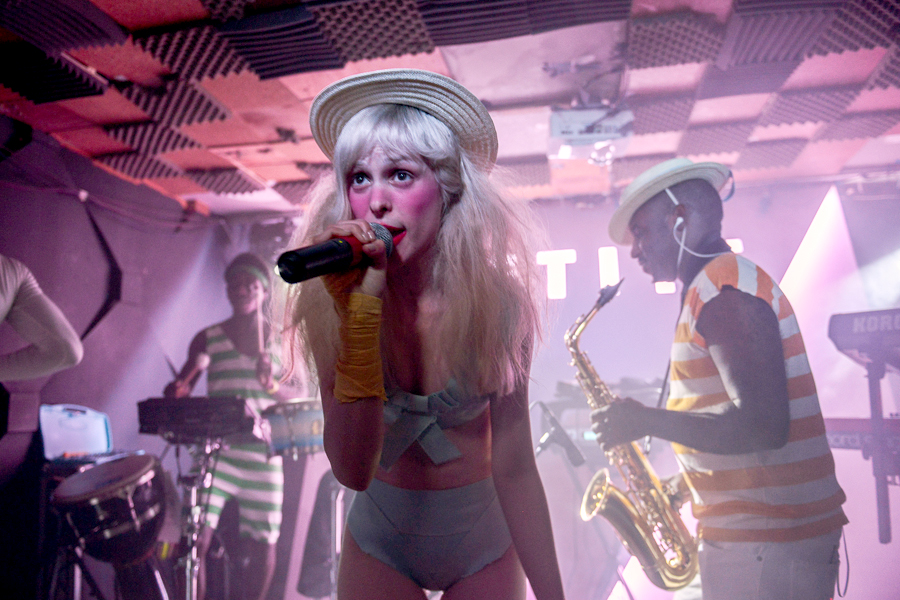 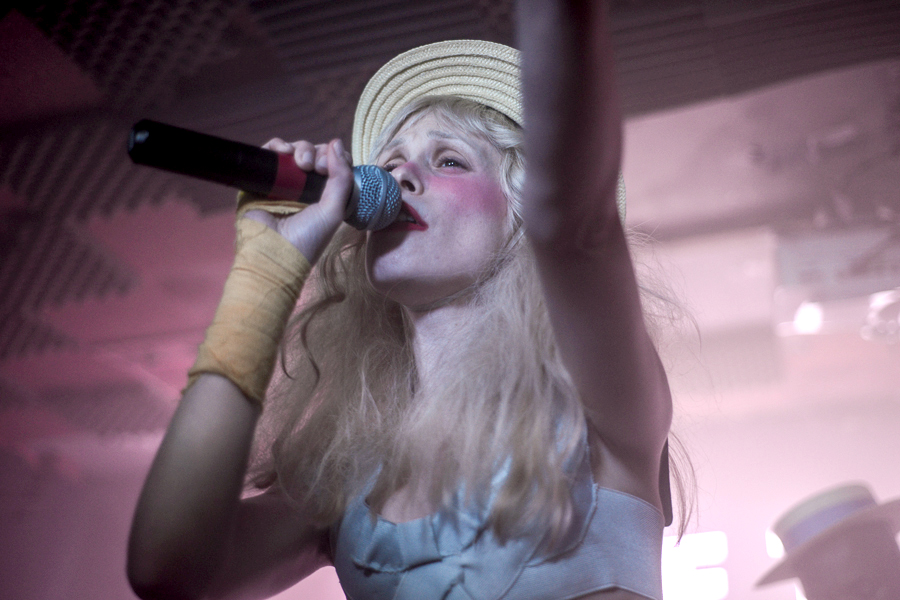 All photos by Charlotte Patmore