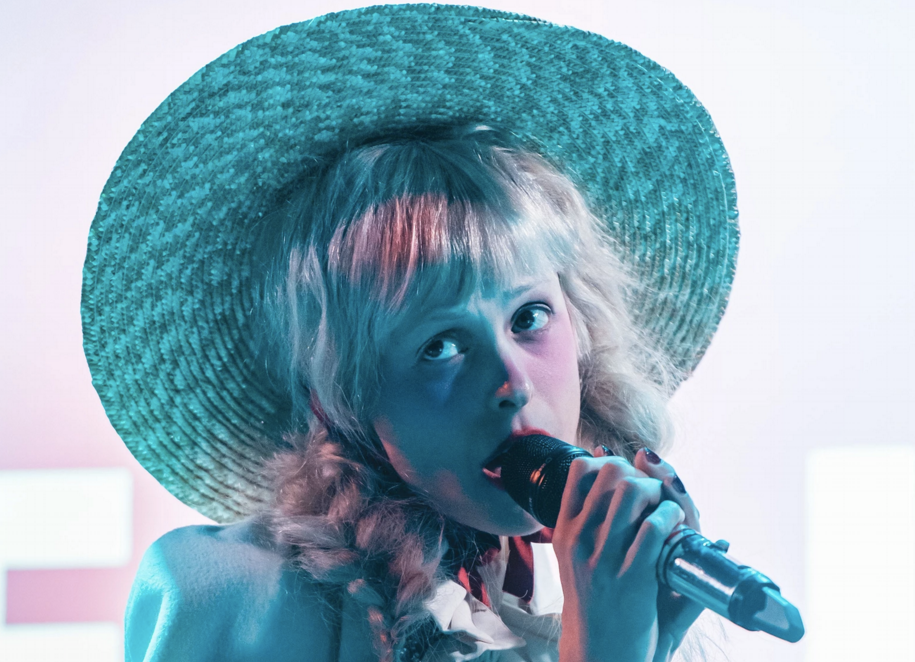 Saying Petite Meller is niche just doesn’t cut the mustard. The Parisian Philosophy graduate sticks all of her fingers in all of the pies; combining jazzy saxophone with sultry xylophones, afro beats with glittery electro pop all glued together with Petite’s sky rocketing vocals…it’s fair to say that she IS a niche. The first thing that strikes you when Petite bounds onto the stage is how slight she is, however her persona is anything but that,  as the band whizz though ‘Geez’ she’s becomes a volcanic eruption of energy that engulfs everything in sight.

The devoted congregation howl with glee as the sexy saxophone of pervious single ‘Back Packs’ wills everyone to dance. Petite then says a big Aloha to her new African inspired track ‘Hawaii’ and It seems the crowd aren’t lactose intolerant and ’Milk Bath’ goes down a treat as she balances a hat that could eclipse the sun on her head, it’s clear that PM does nothing by halves.

The real pièce de résistance however is Meller’s massive track ‘Baby Love’ and boy do the crowd love it, convulsing in different shapes as Meller is joined on stage with a male counterpart dancing just as hard as she is. Four elders take their place on stage to recreate the new single ‘Barbaric’ as it blares from the speakers. There is no encore. With a set like that you don’t need one. She come far from her first London show at Birthdays and she’s bound to go even further.